Helping a family member sell this by cleaning it up, giving it some TLC and prepping for sale. They've had it for 22 years and it's dead stock. Rare. Fun to drive! Such a huge greenhouse and big sunroof.

Was driving it around today getting to know it a little bit to assess what it needs. 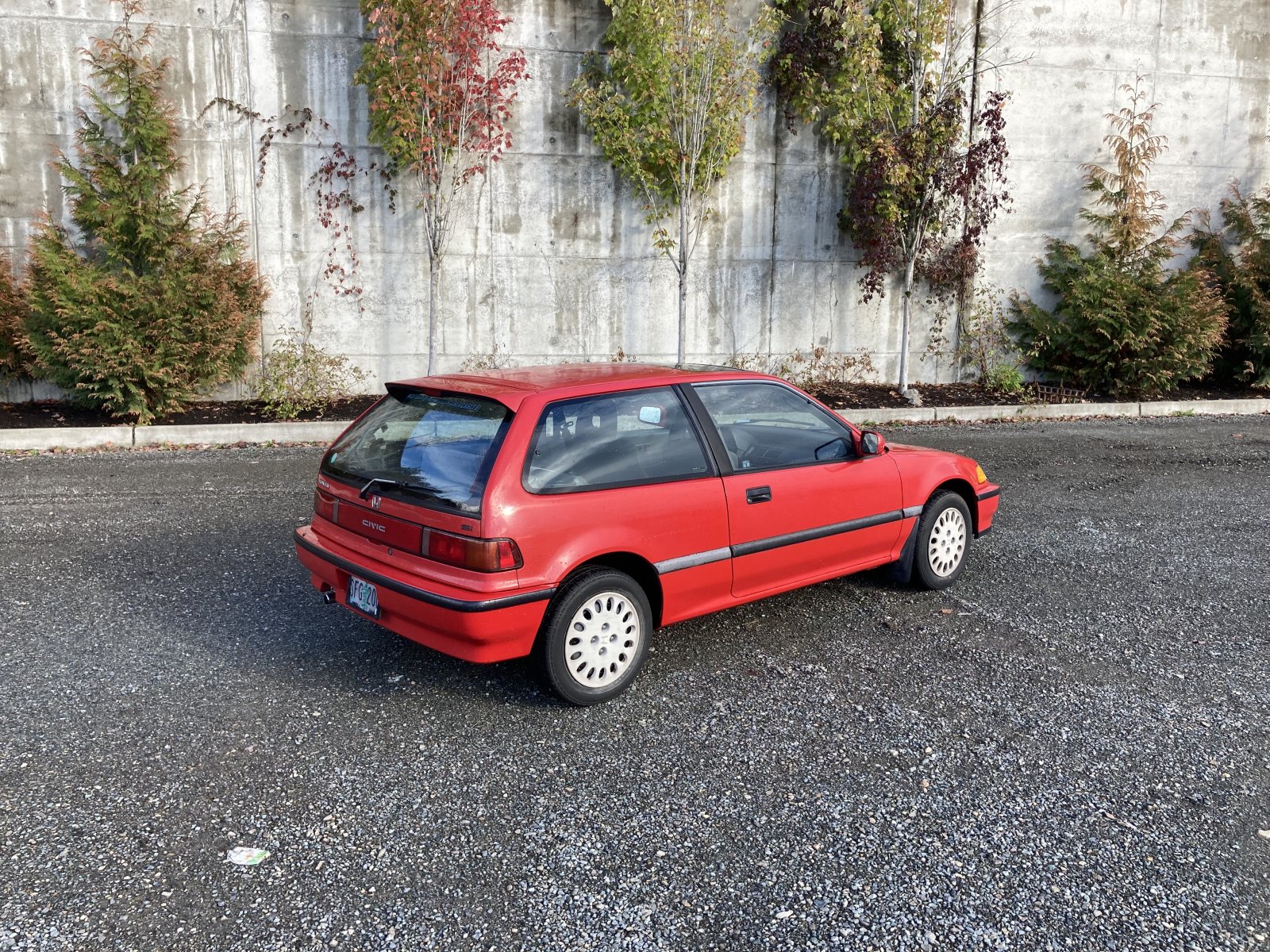 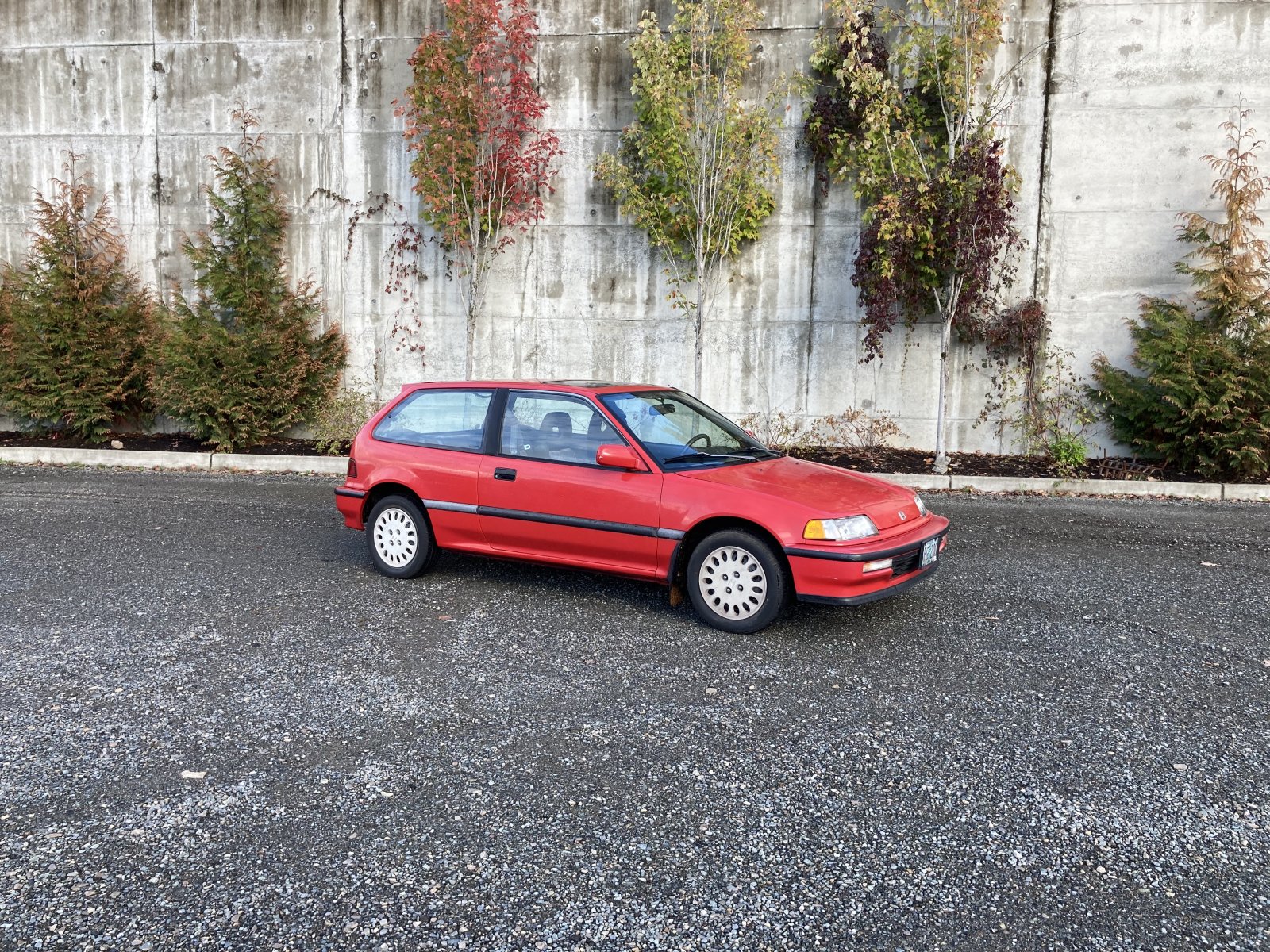 I love driving that generation of Civic, quite amazing cars.

Yeah, it's really a roarty, fun little car. I mentioned it before but the greenhouse and huge sunroof are amazing. The lack of power steering and the low cowl is amazing--these were the last of the low cowl Hondas really. While I'm working on some paint correction, replacing a couple missing plastic parts, new wipers, hatch struts, stuff like that, I am considering where and how to list it.

My first thought was to put it on BaT with no reserve. Those auctions are pretty fun, and this car being so stock and so rare, I think it would go well. It's not perfect and it has 220,000 miles on it--so I'm not sure if BaT would accept it or not. Then again, maybe if it's no reserve they won't mind.

Another thought is Cars and Bids. Although I'm not really a Doug Demuro fan, and I think "Cars and Bids" is such a dumb name. haha. BUT, that site is more than just Doug, so I guess that's ok. Maybe I can request him not giving out a "DougScore".

The last thought it just to post on Craigslist with a cheeky price and go from there. We'll see.