I'm going to take a brief break from shoehorning that console back in. Instead, I decided to find my wipers and install them. I couldn't find them for the longest time and had resorted to buying Porsche 944 wipers to attempt a retrofit. They weren't working out the way I had hoped and I really didn't want to do permanent modifications to the spindles to make them work, so I was ecstatic when I had an epiphany and located my wipers tucked away in my shed on top of a box of Scorpion spares I have no immediate use for. I remembered seeing them a couple of months ago when I was looking around in there for something related to my RX-7 and had assumed those were spares for the RX-7. Anyway, here they are: 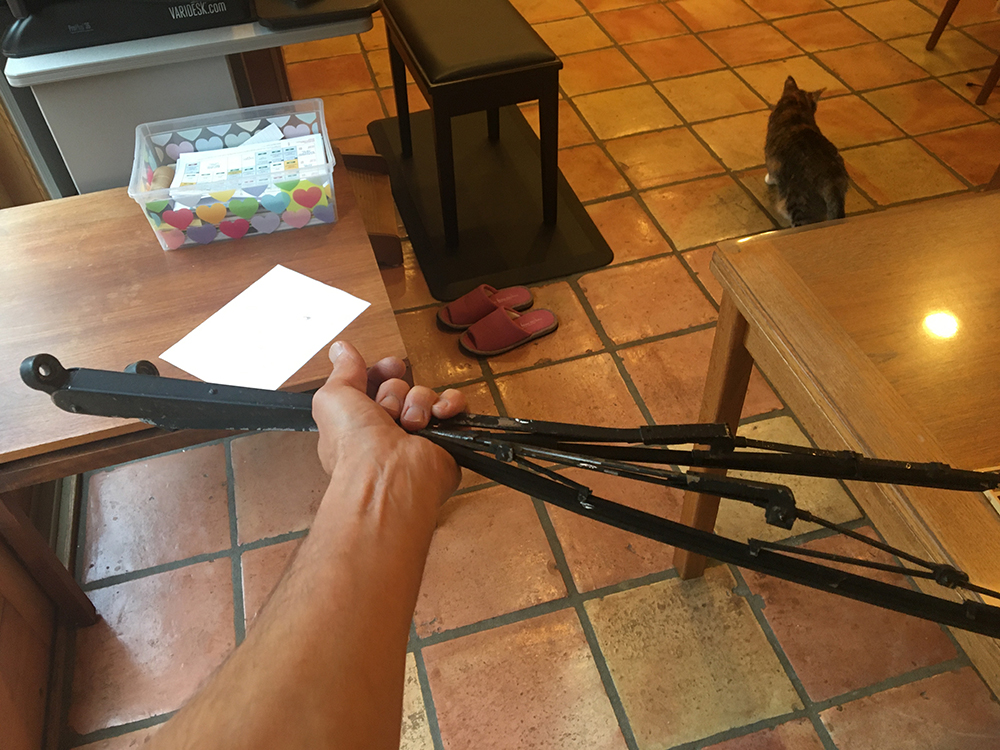 A little rough, but complete! The wiper blades could use renewing but I'm happy to even have them. I decided that I can't put them on the car looking like the did, so I went to work with a wire wheel, stripper and sand paper to get the old coating off. 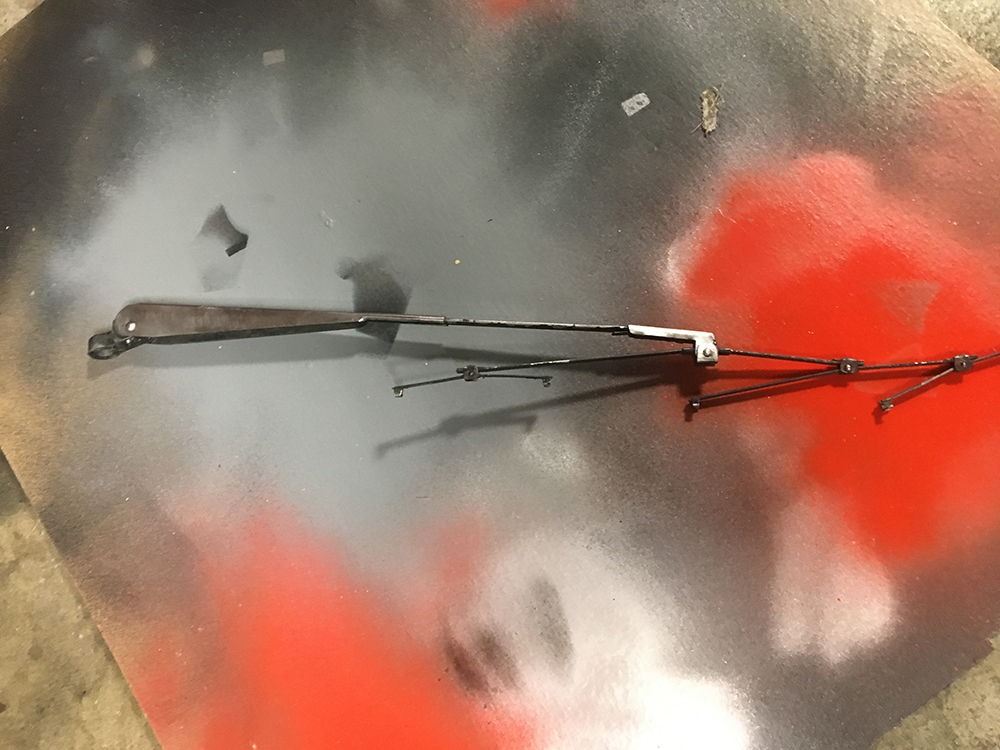 Then I coated it with several coats of SEM black trim paint. God I love this stuff!

So then I go to put the wipers on and it's then I realize that the nuts that came with the car are some sort of castle nuts and are NOT OEM. In fact, they don't even screw onto the post. 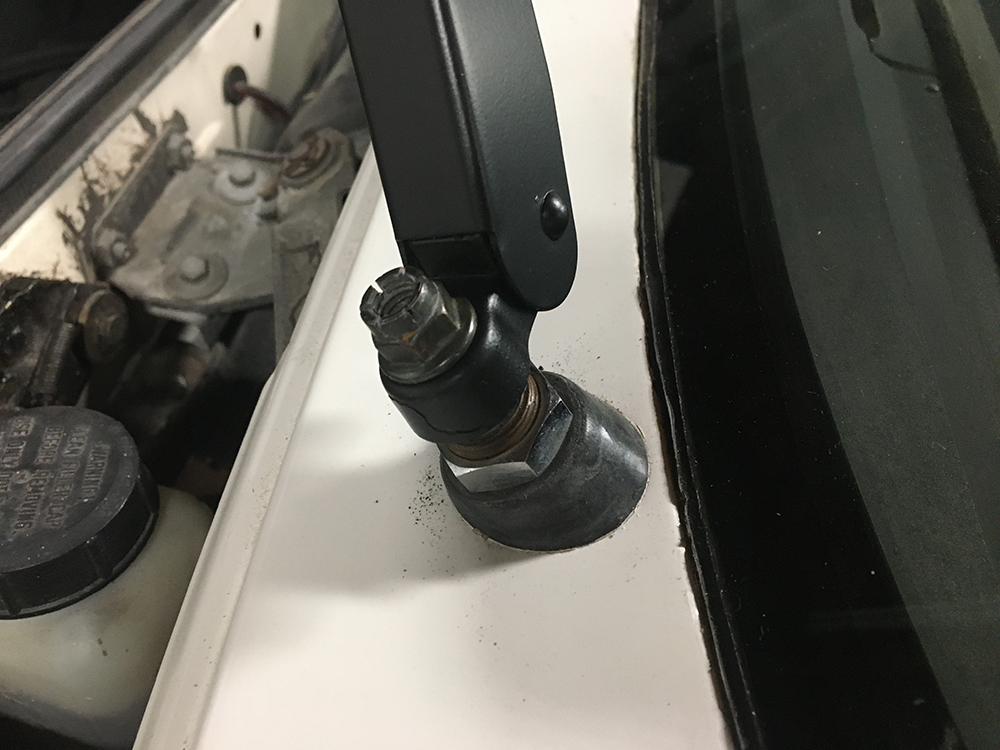 I flipped them around and they do hand-tighten over the post, but THIS is not going to do: I had to go back to a movie I took 3 years ago after I'd picked up the car to confirm that yes, these were the nuts that I got with the car and YES, they were installed upside down. They had to have been put on hand tight as I didn't have a wrench thin enough to get under the hat of the nut to tighten it down.

So, great. An easy-ish project has been stalled while I look for suitable replacements. Luckily, I found a wiper assembly in the UK with the nuts still on the spindles, so I'm trying to work out a deal to get them sent here.

It's not the thread that's the issue. The acorn nuts need a shaft that will fit inside the recessed area of the arm. I found the correct nuts in the UK and they're on their way over here.

think jedi said:
It's not the thread that's the issue. The acorn nuts need a shaft that will fit inside the recessed area of the arm. I found the correct nuts in the UK and they're on their way over here.

I see - you mean a threaded sleeve I presume - curious design. The Volvo style uses a tapered cone spline, so the top nut simply presses the aluminum of the arm seat into the splines and secures it. Then there is a plastic cap that covers the nut. 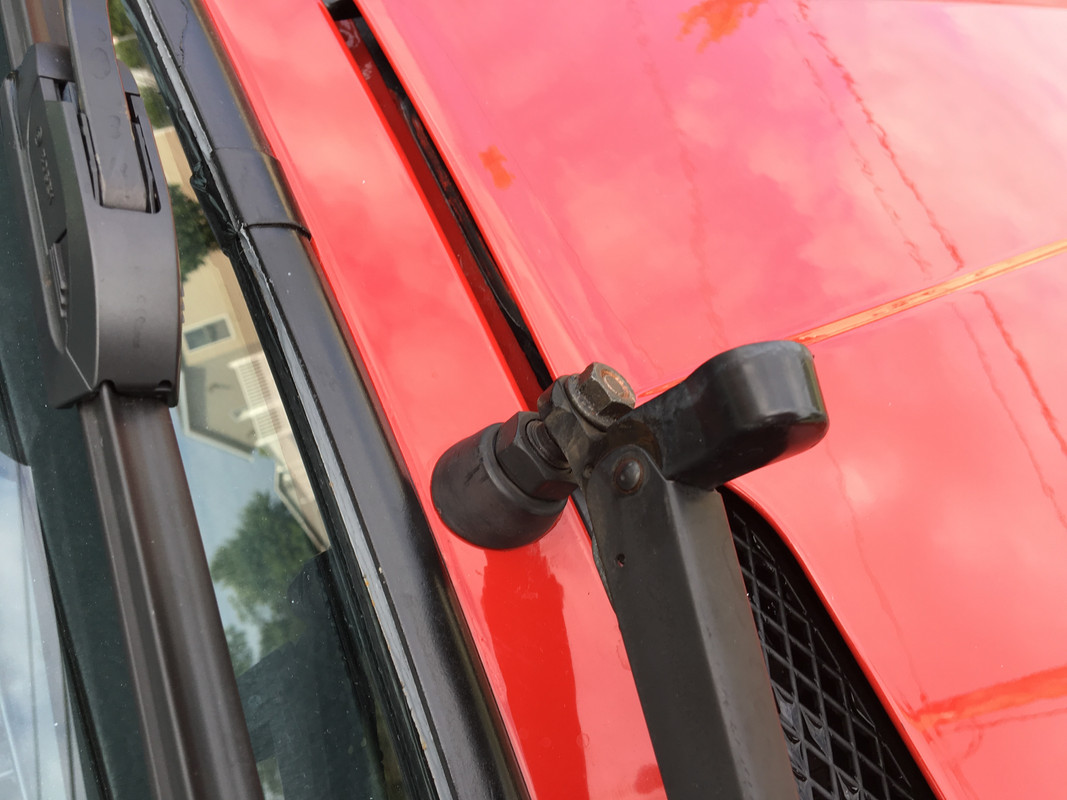 Curious design...this is a recurring theme with these cars. I see the Volvo arms have a cap to cover that nut, which is nice. I'd be fine with just putting an black anodized nut of the correct pitch, but since it won't grab threads, I'm left scrambling to find a solution. These are like old-school SSR lug nuts except about 1/3 the size. Nothing in the McMaster-Carr catalog, which is my go to for oddball hardware. There's a person on the Montecarlo Consortium Facebook group that has been looking for ONE OEM nut for 6 years and finally found one. I didn't have a lot of hope, but I was lucky to find a wiper assembly (minus the arms) on the UK eBay which had the OEM nuts still on the spindles. I couldn't believe my luck.


lookforjoe said:
I see - you mean a threaded sleeve I presume - curious design. The Volvo style uses a tapered cone spline, so the top nut simply presses the aluminum of the arm seat into the splines and secures it. Then there is a plastic cap that covers the nut.

I got the door panels back on today after a false start last night. There's that inner seal that goes on the door and the door panel hooks onto it. Only I couldn't remember how it all went on. It seemed like the seal snapped onto the door and the door panel should hang off of it, but the damn seal wouldn't stay still. I finally went back to a vid I took of me pulling the car apart and realized that there were supposed to be clips holding on the inner door seals. I had only one out of 5 on the passenger door. I didn't video me pulling the driver's door off, so I have no idea how many of those clips were present, but I could only find the one clip from the passenger door in my stash. So off to Autozone to buy the clips and ended up finding small speed nuts that did the trick.

Once I snapped the speed nuts in the 5 places they ought to have been, the seal stayed in place and I was able to hook the door panel back on with ease. Then the rest is 3 screws, the tiny hex head screw holding the door lock pull, and 5 bolts holding the door handle cover and armrest on.

Speaking of armrests, the original driver's side arm rest was in bad shape, but the passenger side was fine. Also, for some reason, the arm rest pads were black instead of blue. Shortly after I picked up the car, I purchased a new armrest pull and 2 blue armrest pads from Midwest Bayless and stashed them away. I transferred the blue armrests to the originals and noted that my new armrest didn't match the old one. I realized then the PO had painted the armrests. So, I had to take them back apart again and repaint them with SEM black trim paint and put them back together again. 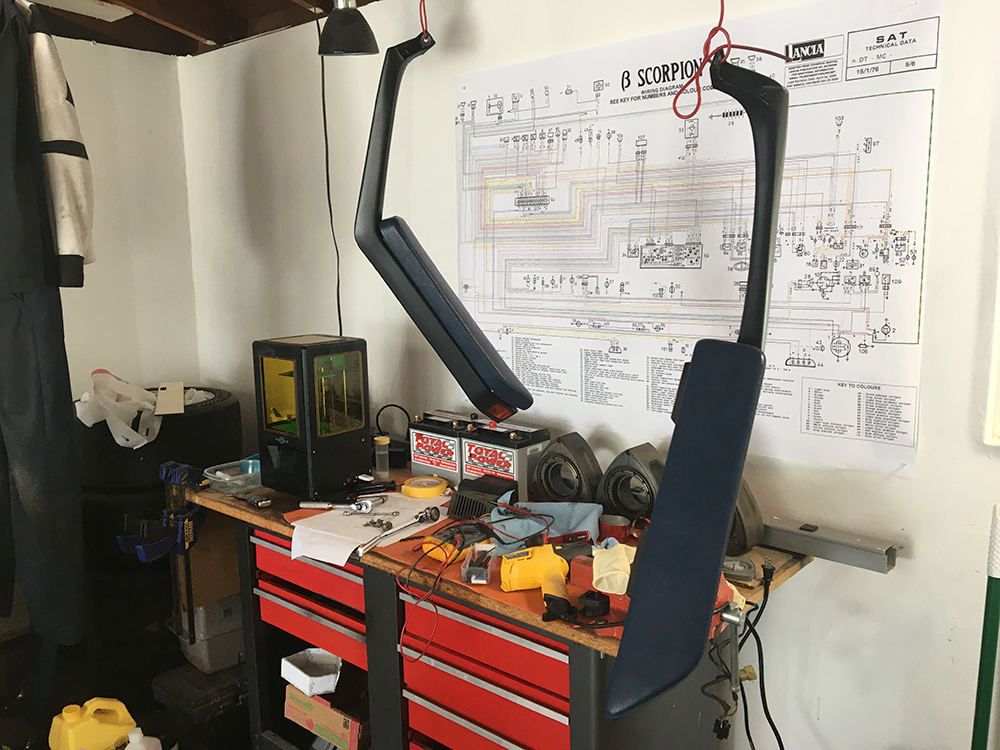 They really came out well. Here they are in the car: 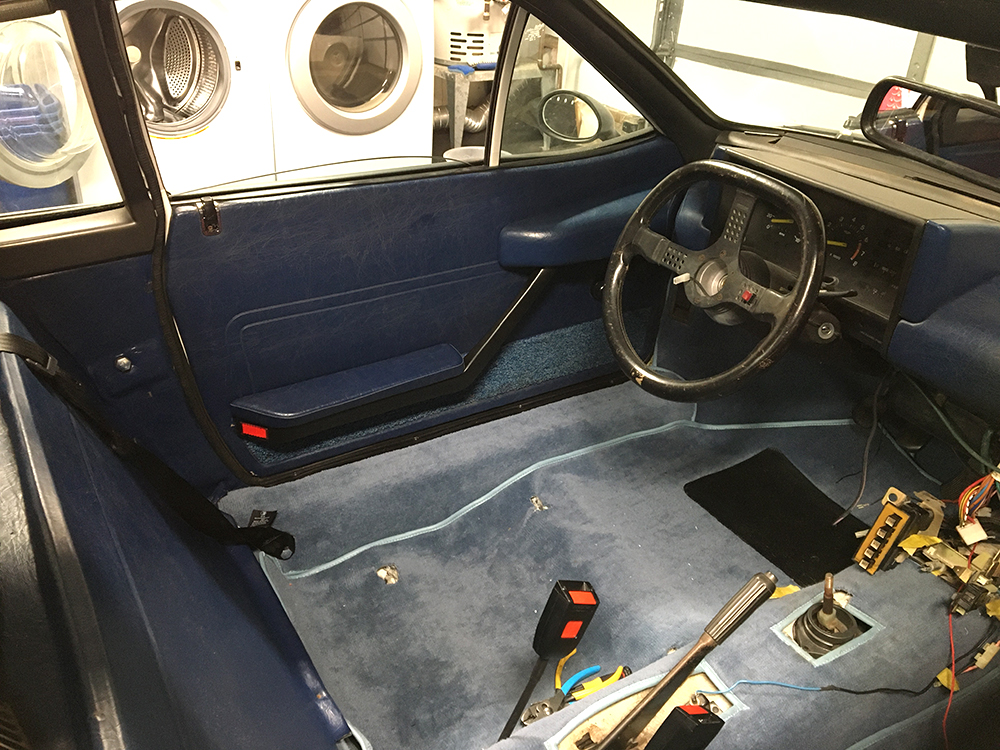 So done for the day. As you can see, I still need to get the center console reinstalled, as well as the handbrake console and glove box, along with little stuff like the dash vents and sun visors.

Speaking of the glove box, I decided to take it down out of the rafters and open it. I found the paperwork I had from smogging the car in 2016 along with some other interesting receipts, including one from the PO who, in 2014, had all of the seals in the engine replaced, along with the timing belt. And they had an ANSA exhaust put on at that time. Also, much to my surprise, I found these: 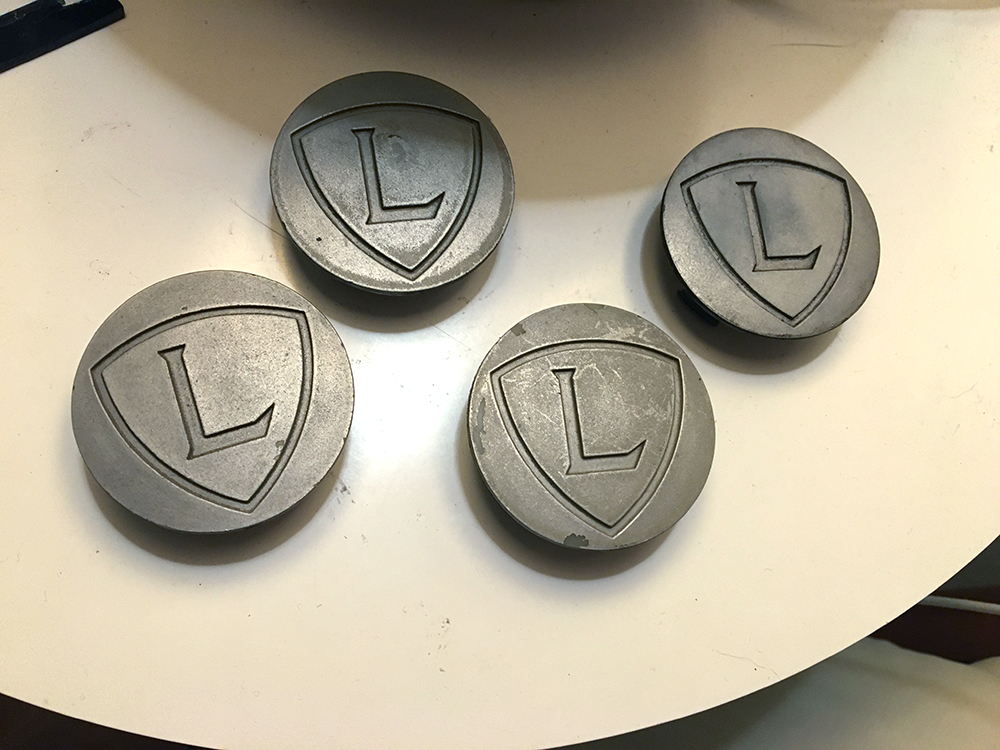 I had assumed mine were missing before I got the car, so about a year ago I finally sourced a set. Now I have 2 sets.

Last night, I noticed that the SLOW DOWN/REPLACE CATALYST/EGR warning lamp bezel is cracked on my console: 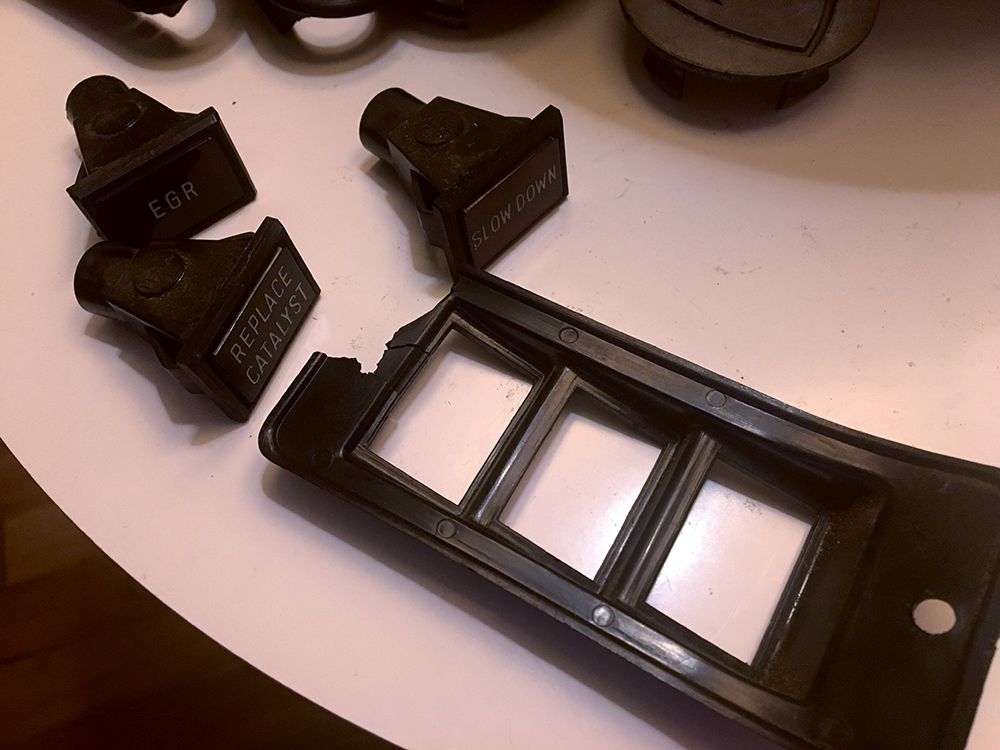 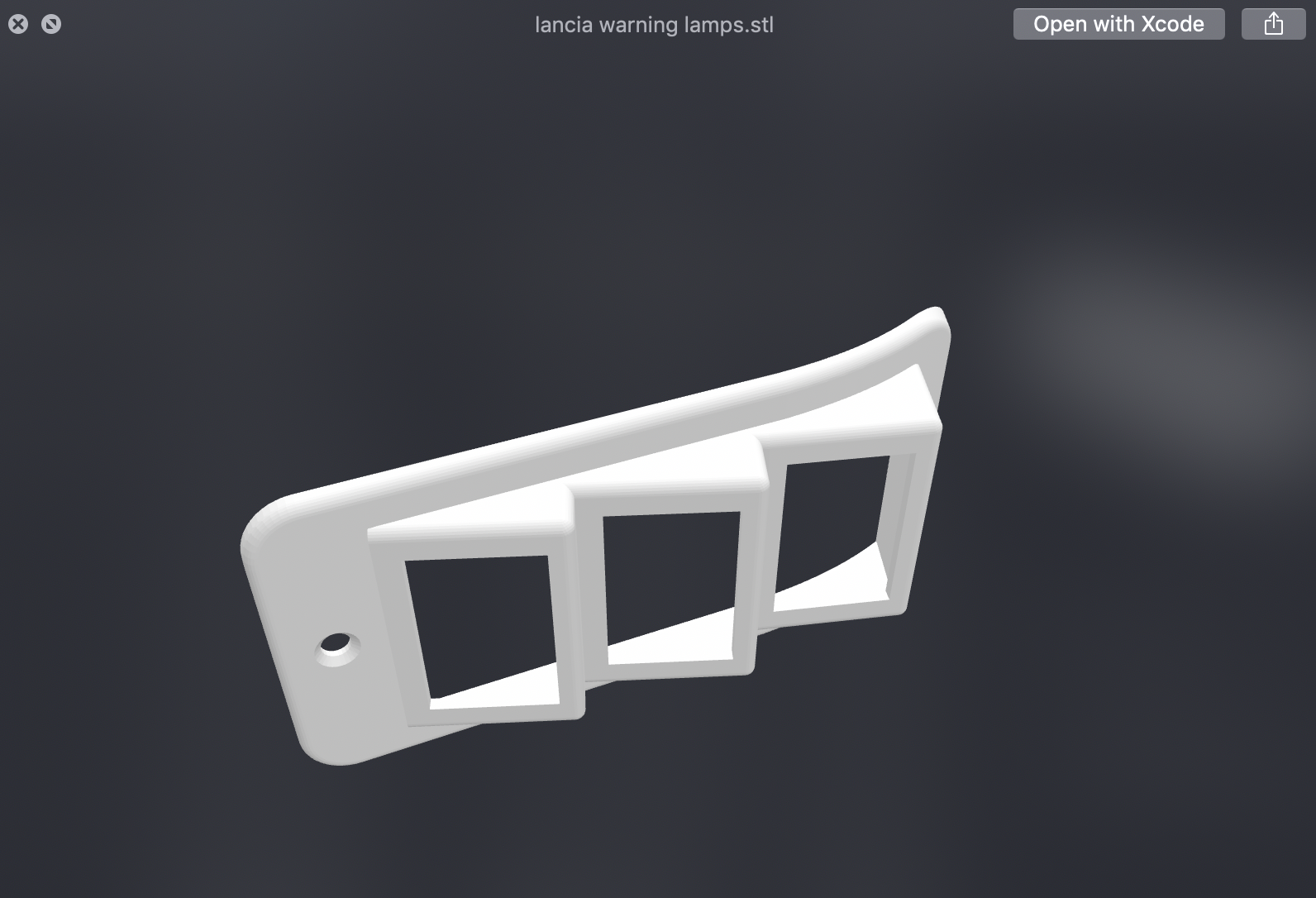 Here it is off, hot the printer: 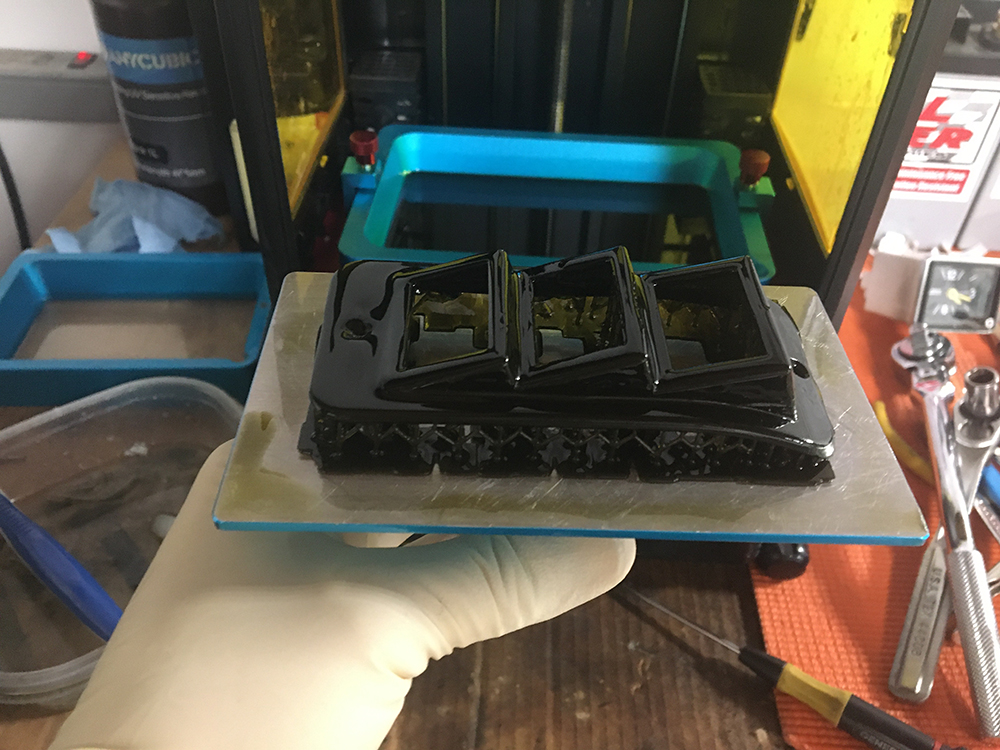 Dipped in IPA and posing next to the real (broken) deal: 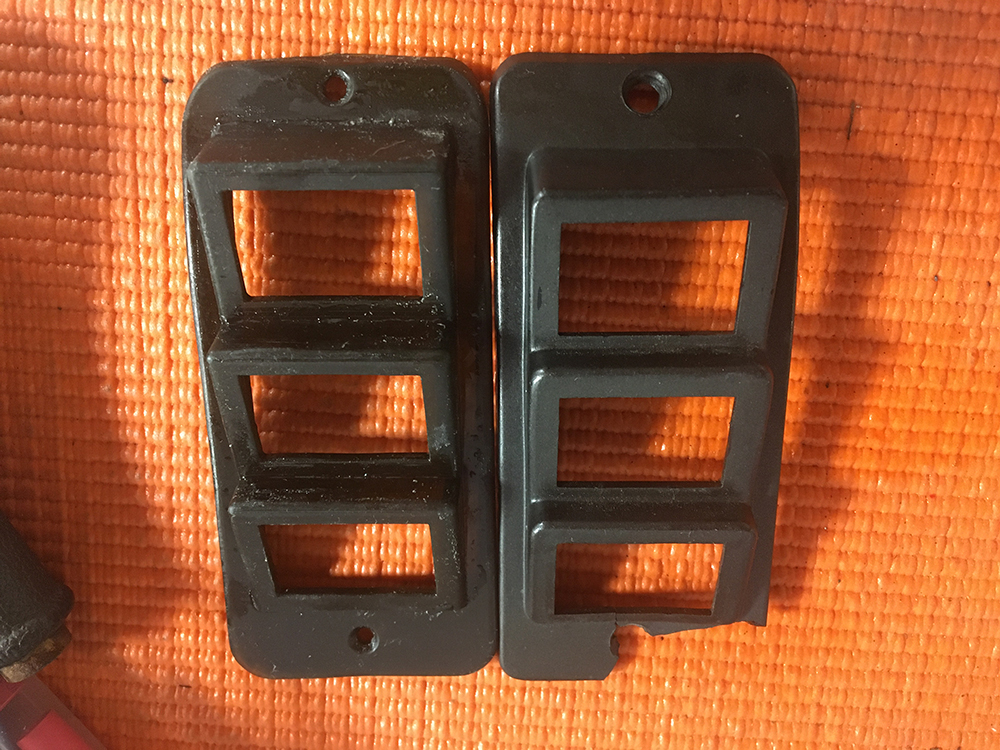 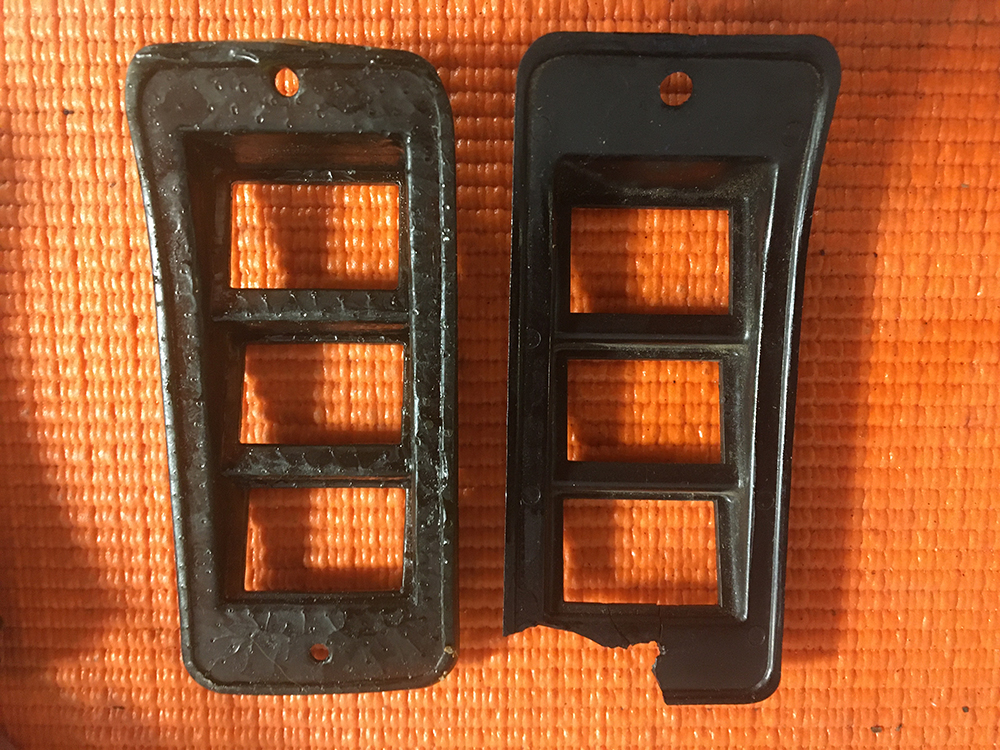 Tomorrow it cures in the sun and I'll give it a light sanding with 400 grit and shoot it with some paint and it should be good to go.

Yesterday, I printed a second warning lamp cluster bezel for grins. I cured them both in the sun, sanded them, and painted them with SEM black trim paint. On the left is the sanded, unpainted bezel. On the right is the painted bezel: 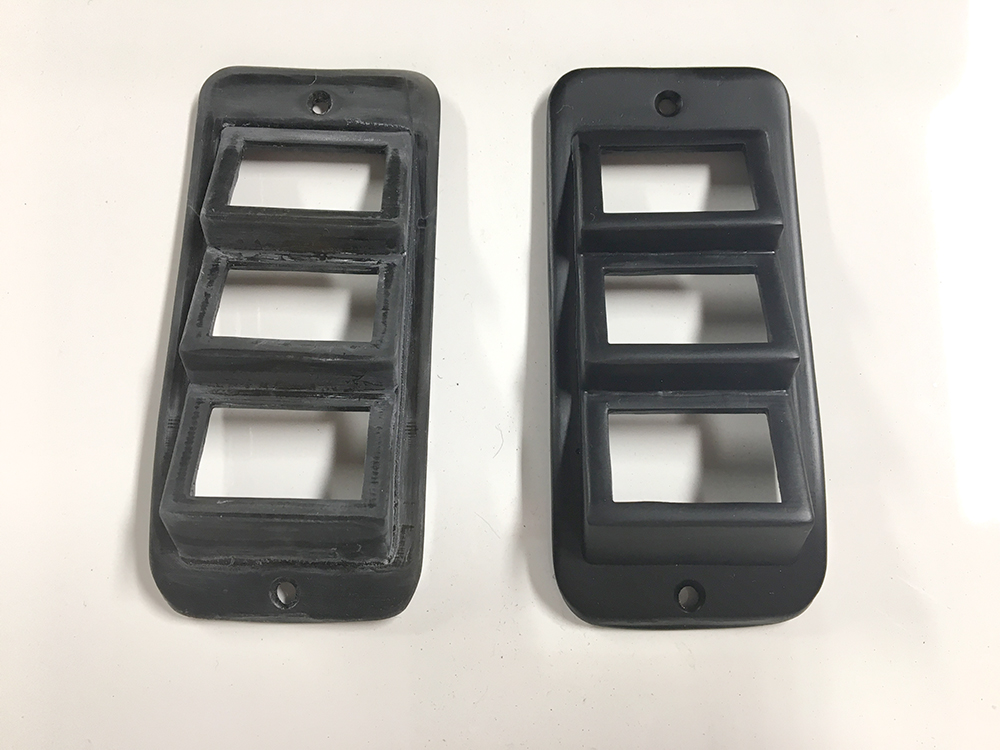 For comparison with the original broken bezel: 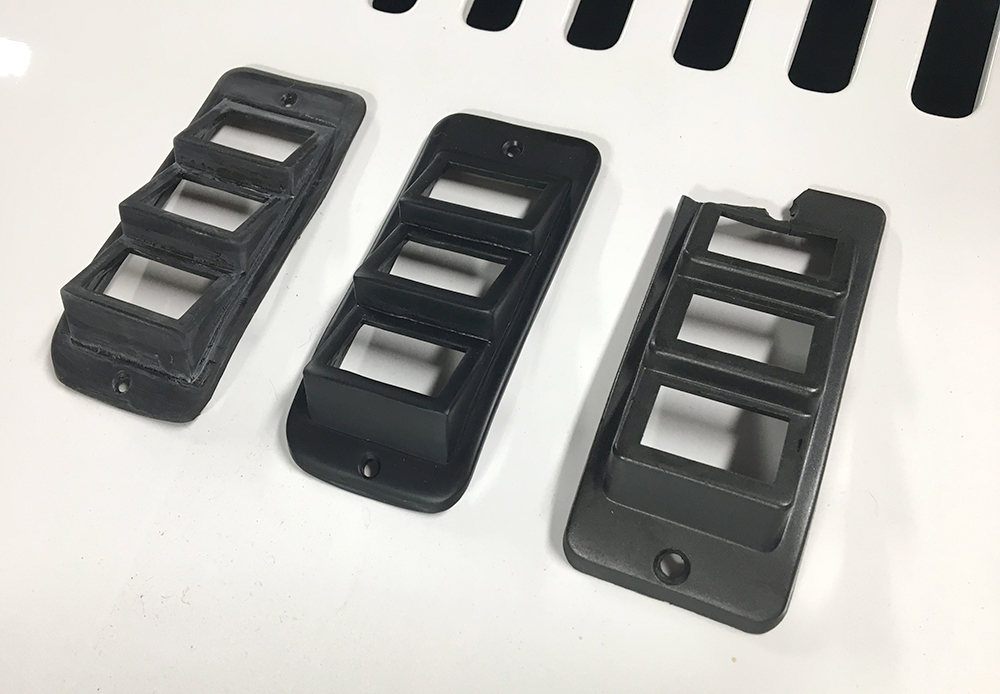 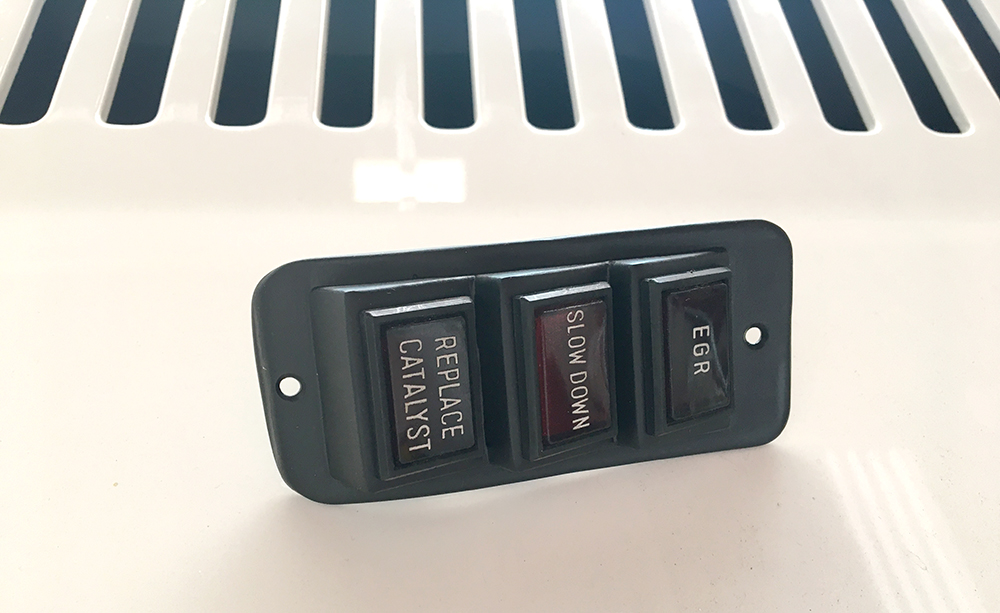 Lamps properly installed and cluster installed back on the console: 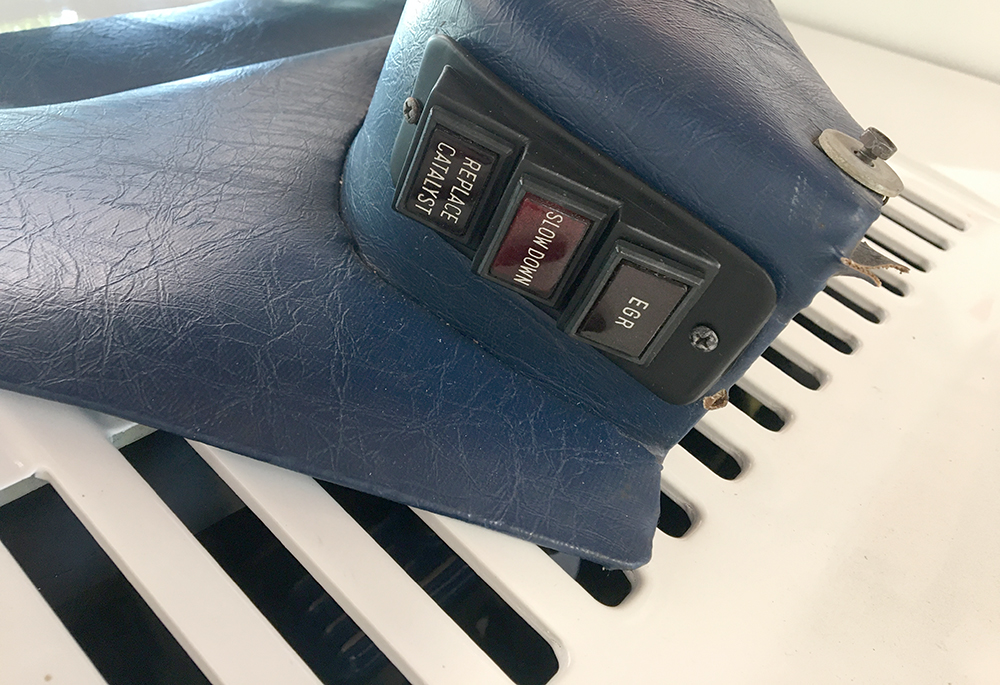 Another mini project. The shifter/parking brake console had issues...

The parking brake rubber seal was missing, so there was an unsightly gap around the parking brake. The plastic switch housing was warped by the sun, and two of the switch knockouts were taken out but no switches were installed (more unsightly holes). It's almost as if the console was taken from power steering car, but my car doesn't have power steering.

I found an extra HAZARD switch and installed it in one of the holes, but I still have another hole. Finally, the rear part of the console where it bolts down near the firewall was missing some sort of finishing piece to cover the screw. 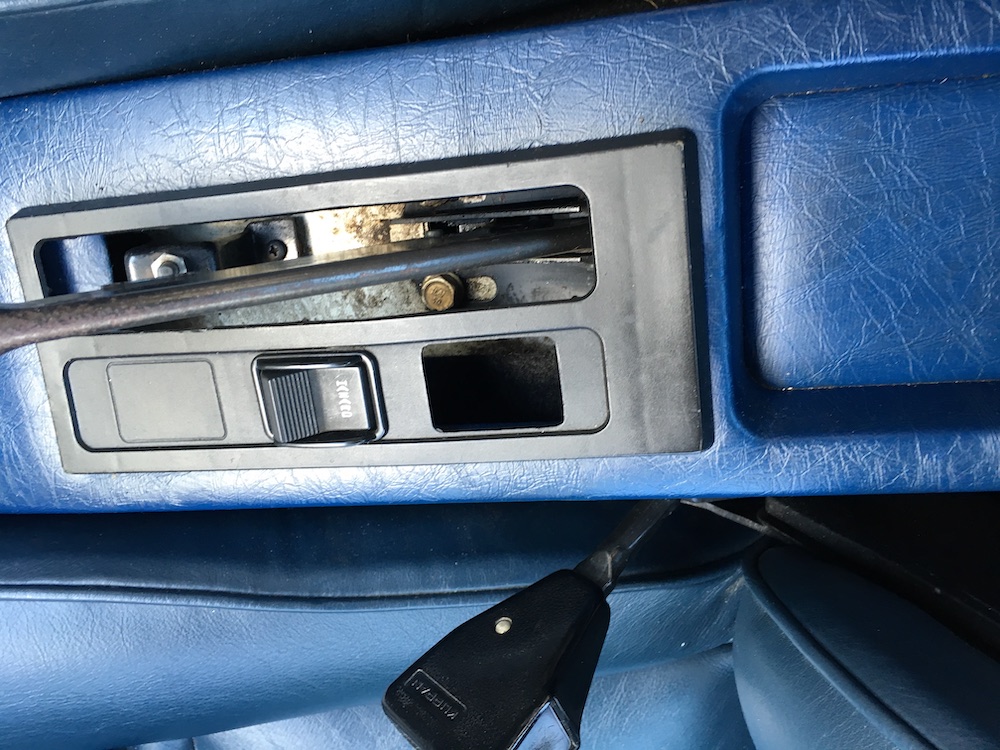 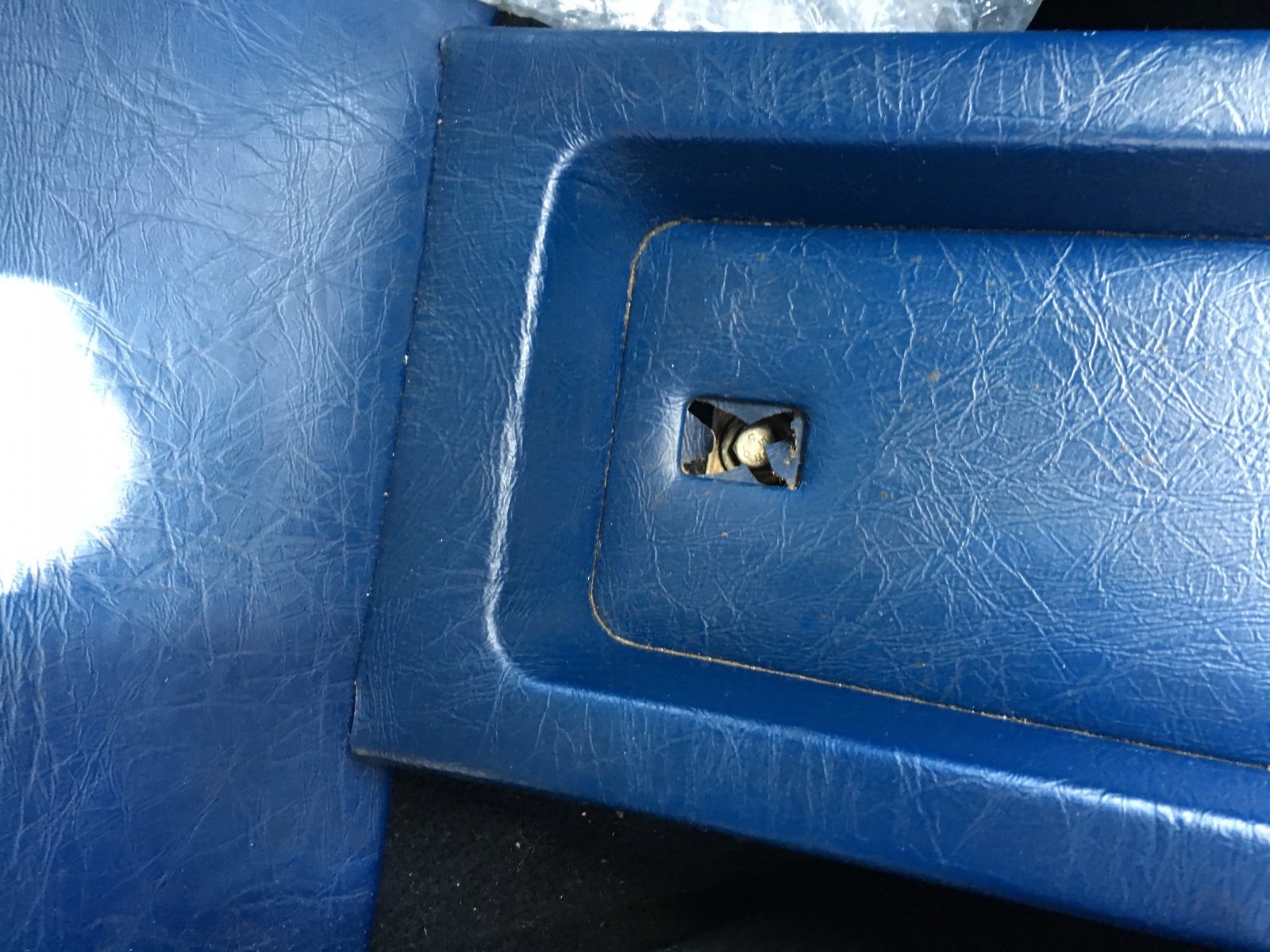 I managed to pick up the OEM rubber parking brake gator along with an unneeded parking brake and switch from eBay, but when I went to install it, I found that the underside of the plastic piece it attaches to was missing all but 2 of the little protrusions that hold the rubber in place. It also was clear to me that the gator was meant to stretch into place, so it's not surprising that those 40-year old nubs snapped off ages ago. Fabulous. 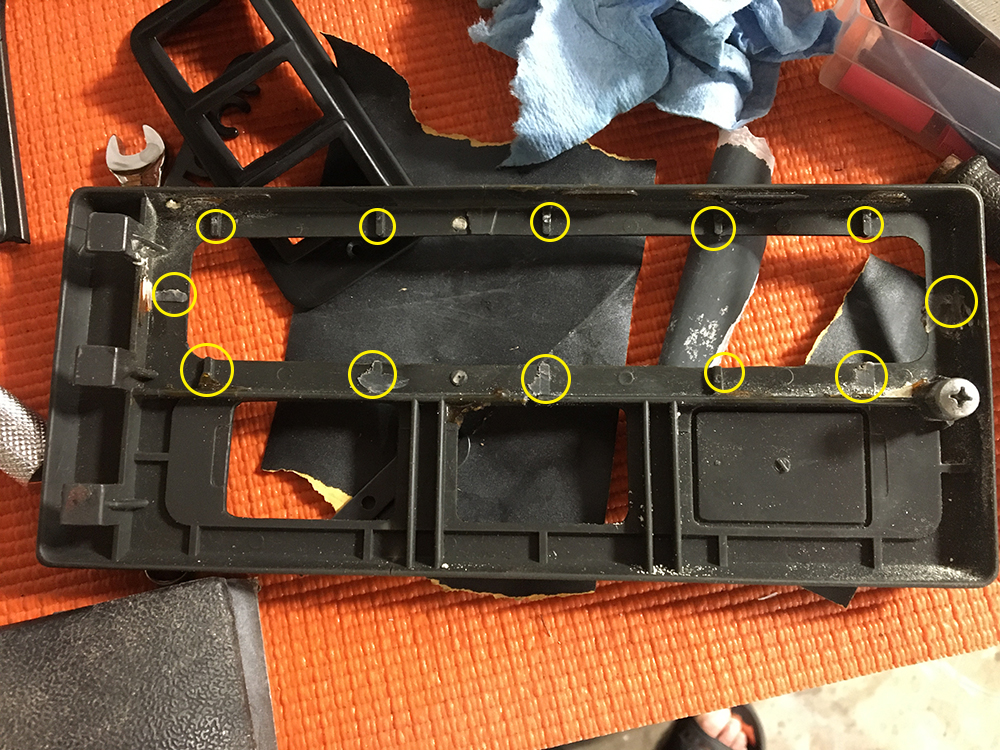 I would have tried just gluing it on, but those little nubs were on bosses, so there was really nothing to glue the rubber gator onto. So, took some measurements, and then I went to work with a dremel and remove all of the bosses. You can see in the pic above where I had started removing some of them.

Once the bosses were removed, I took my measurements and drew up new strips with nubs in Fusion 360 and 3D printed them. I super-glued them into place: 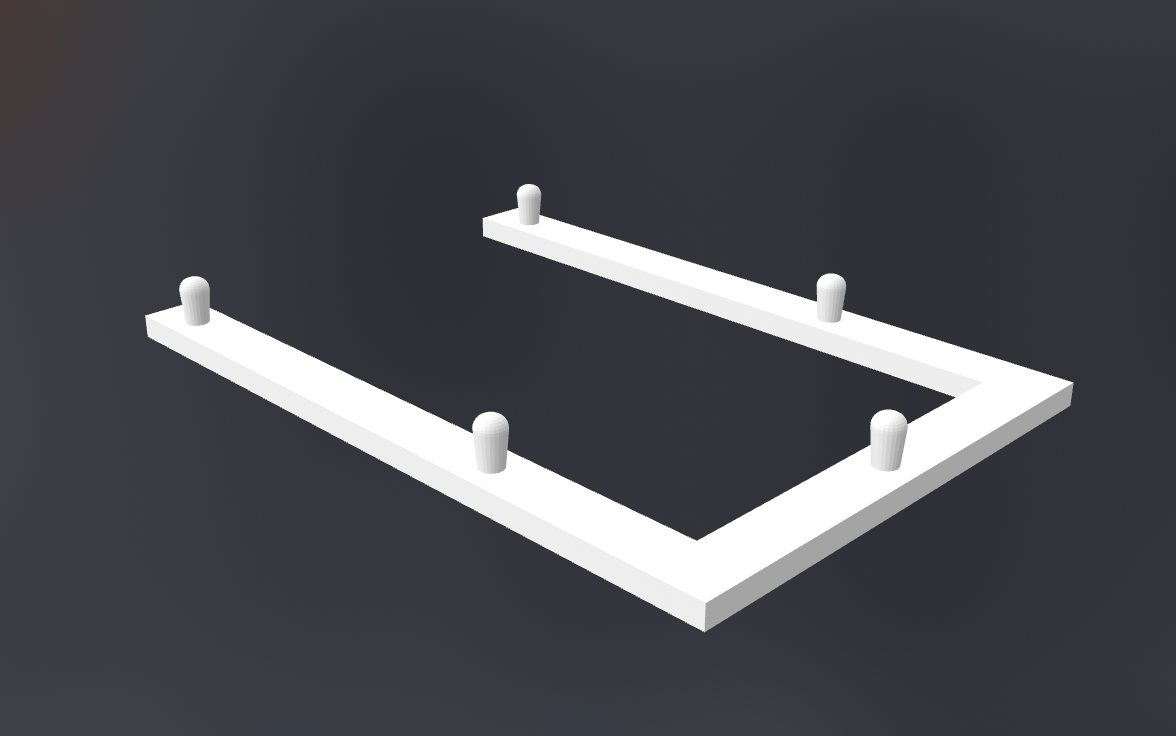 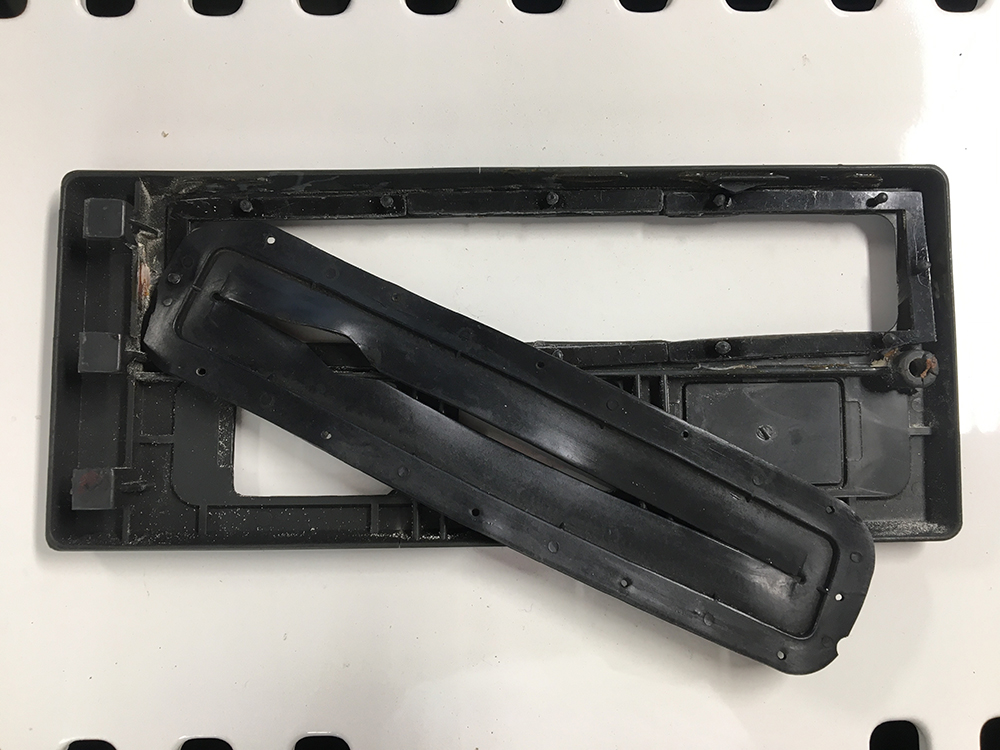 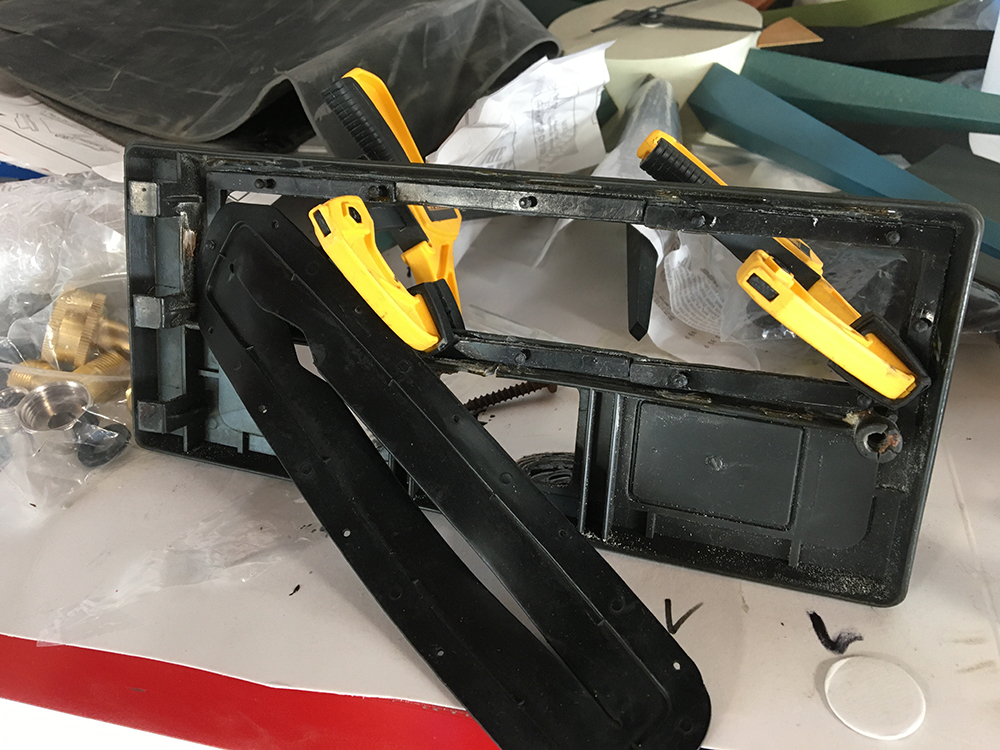 Once the glue set up, I put the gator on the console plastic, but predictably, some of the nubs broke. I noticed, however, that some of the super glue got on the gator and seemed to stick to it really well. So, I glued the rest of the gator on to the bezel and it stayed put. 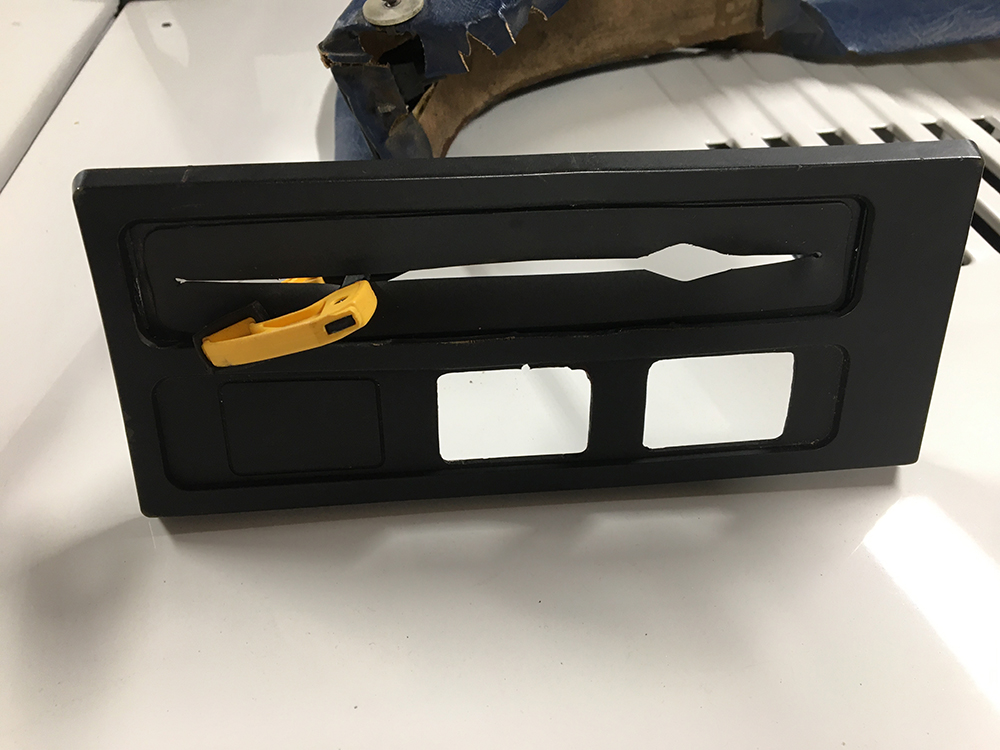 I painted the bezel with SEM black trim paint because it looks so damn good. 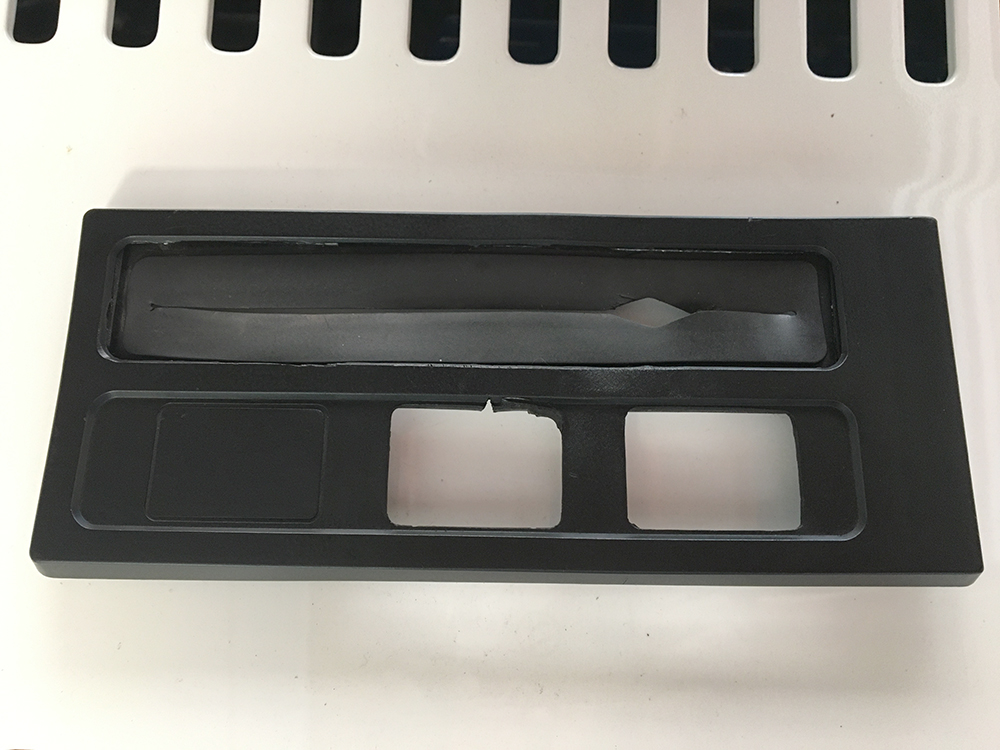 You'll notice that the middle switch area looks rather untidy. That's OK, because when the switch is installed, you don't see that. 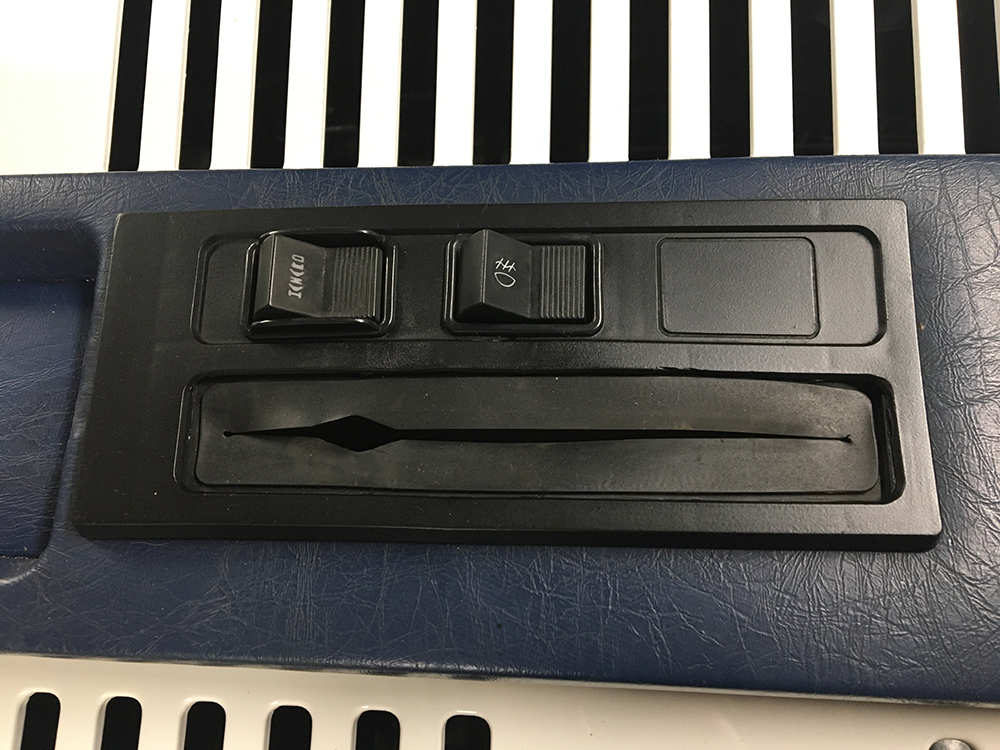 I added back the HAZARD switch and a fog lamp switch I picked up from Midwest-Bayless. Sure, they're not functional, but they look a lot better in there than those gaping holes. I may eventually put fog lamps in the car later.

On mine the knockouts were for electric window switches. I like how you are repurposing yours.

Before I can put the parking brake console in, I need to get the center console in. Oh my god, that was a PITA! I had to disassemble my shifter to pull it out of the way. Then try putting it in place. Pull it out. Push wires around some. Put it in again. Pull it out again. Push more wires around. Try to plug those damn air hoses back in. Put in in again. Pull it out again, push more wires around. FINALLY, I got that $!@*!# thing in after 45 minutes of d*cking around with it. I think the culprit was the rheostat at the bottom of the console, the wiring of which was interfering with the cage that holds the heater controls. I bent up the tabs of the wiring so they wouldn't interfere and things went in a little easier.

One thing I noticed is that the little protrusion with two air fittings on the console itself has a little spring that sticks out the back of it. Seems like something's missing there as it didn't seem to actually do anything. It fell out during the refitting. I have a sinking feeling my floor/dash vent changeover isn't going to work. I kept it but I'm not going to pull the console out again unless I know what it's for.

Still have the glove box and driver's side panel to put on. 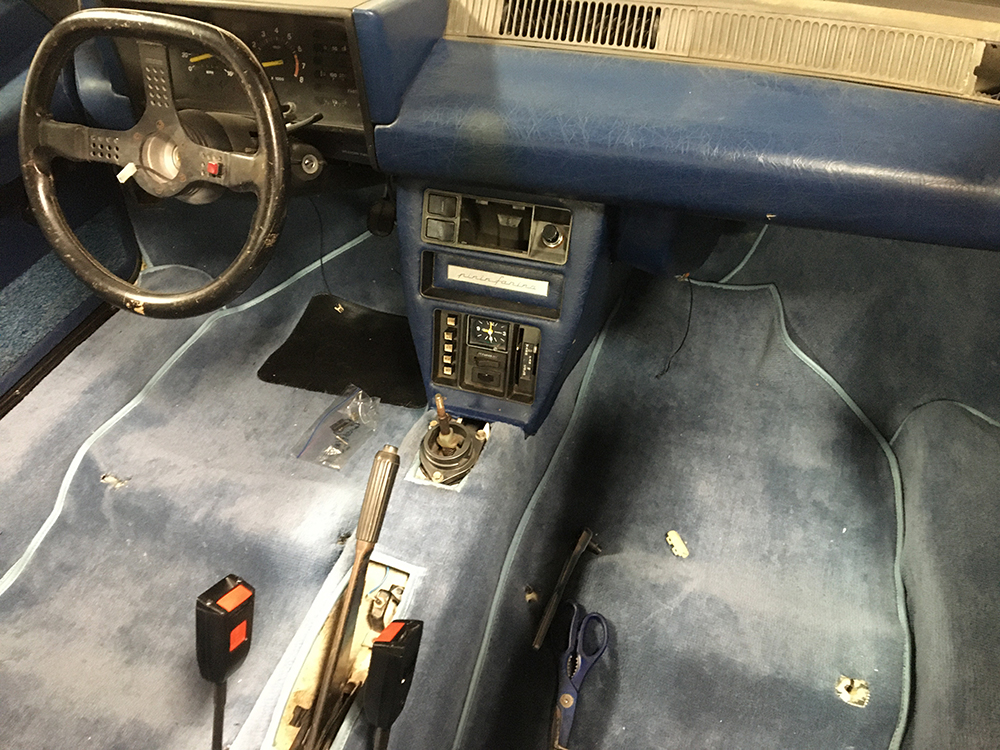