While looking at Lancisti.net a few weeks ago, I ran across an ad selling this car for parts. I immediately let the owner know that I was interested in taking the whole car off his hands if he was willing to let it go that way. The car was less than 4 miles from my house and has been in the Pacific Northwest all but a couple years of its life. The owner had had it since 1983 and he bought it from the same Lancia dealership that I drove by when I was growing up.

Yesterday, I picked it up and immediately sent it to the body shop.

The engine (2.0 liter), has stock pistons and is out of the car. The head is off and I’m told it has 40/80 cams. Transaxle is in good condition as well. It came complete with a brand new clutch and pressure plate still in the box, several extra electronic pickups for the distributor and a host of new bearings.

The windshield is in perfect condition, the soft top is clean and good but one of the straps is starting to break at the hinge point. (That will require immediate attention to insure it doesn’t break.) The mirrors came with the car as well as all the A pillar plastic bits, trim pieces, and Pinafarina badges.

The bumpers are Montecarlo, the badges are Montecarlo, and the front has the fog lights as well. It has Koni’s on all four corners and the steering wheel has been swapped to a Momo. Unfortunately, he sold the square Montecarlo headlights before I could get to it, but I was able to get the glass buttresses before they went away.

The body is remarkably straight and only one spot with rust has been found. The interior is in excellent shape but lacks the seats and seat frames. (I have six sets of extra seats so that won’t present a problem other than needing to have a set reupholstered in the right color.) The paint was poorly done and consists of black with the red stripe. The original color car was silver, but I intend to repaint it black. The only other part missing was the plastic front air scoop but I have two extra ones that hadn’t found homes yet.

Needless to say, I feel like I won the lottery! Now I have to figure out how I want to build up this engine. It’s going to be a long project, but I finally got the car I want.
Last edited: Sep 15, 2019 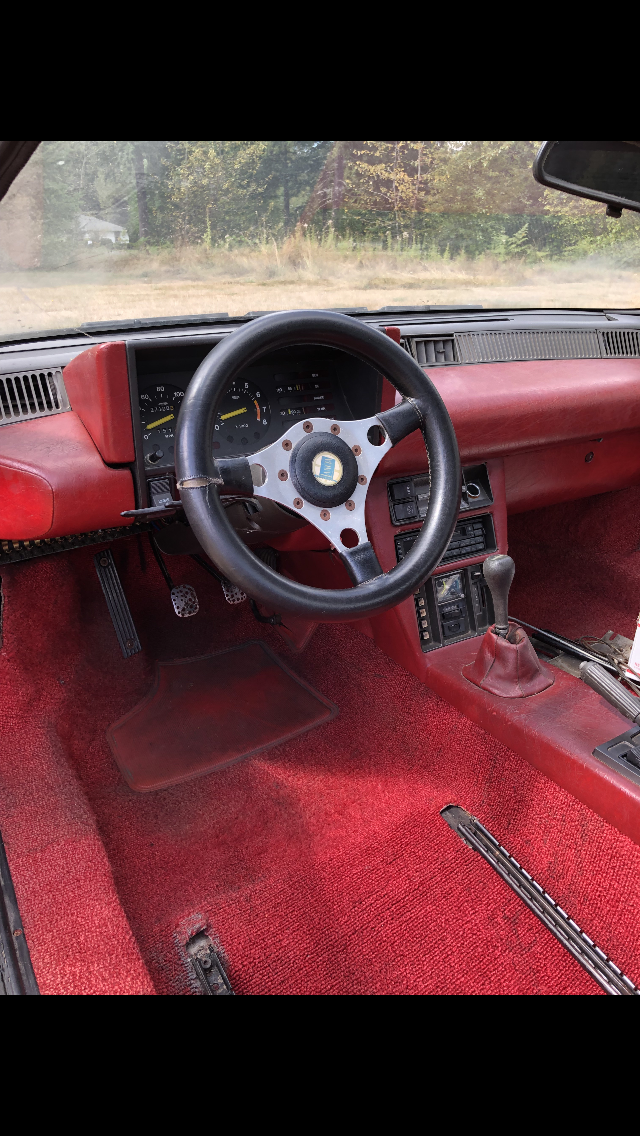 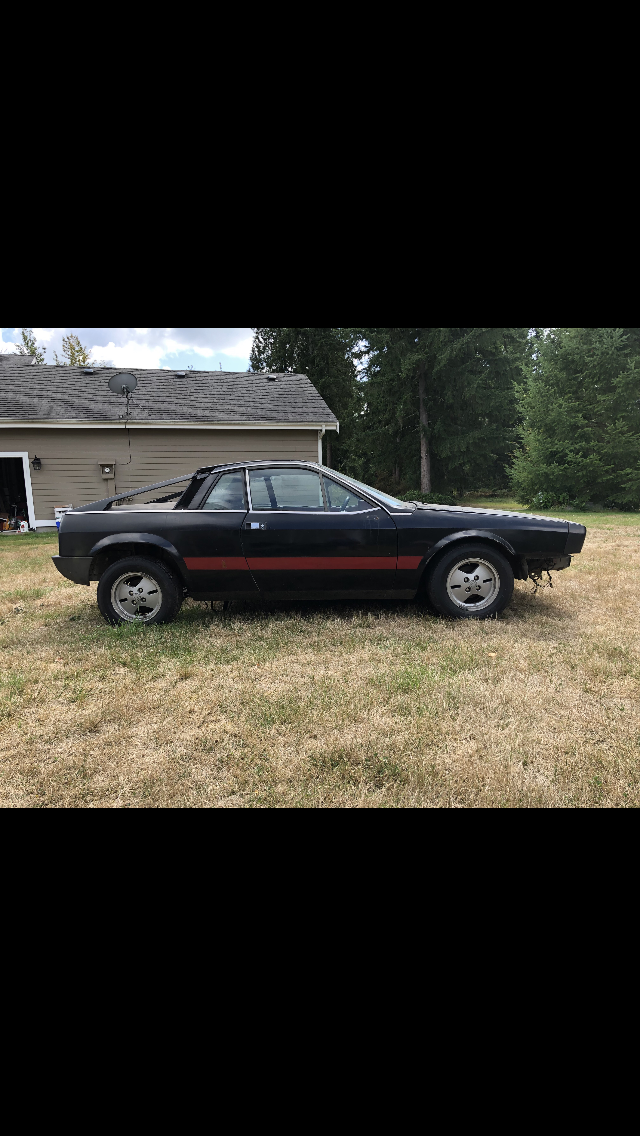 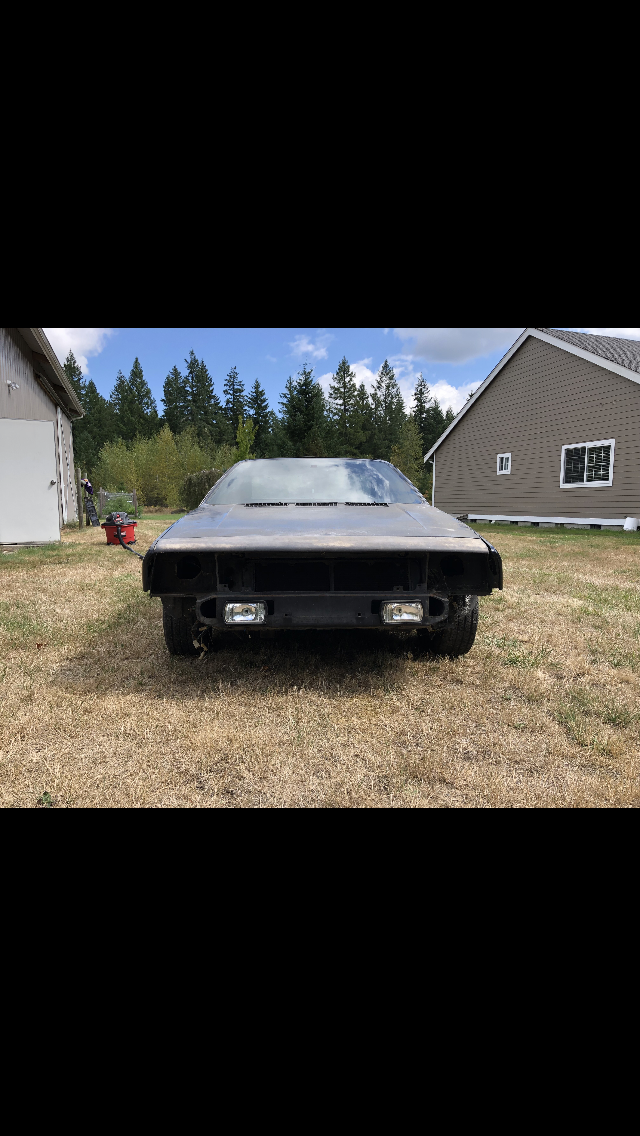 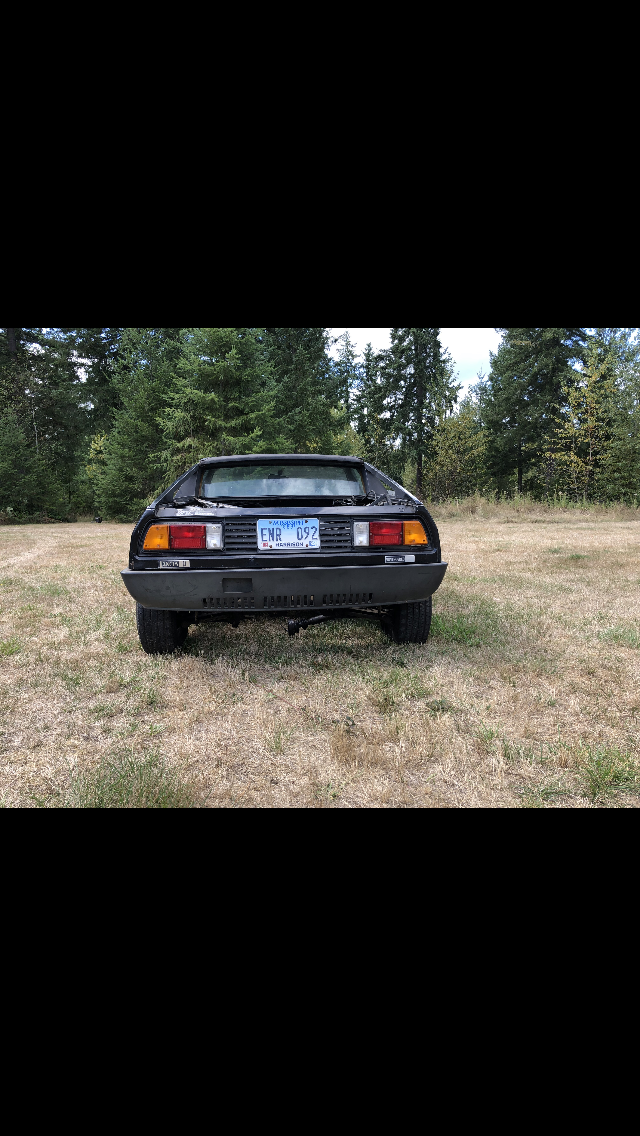 How many a Scorpions for you now?

Three.
The red ‘76 that I got from Eddy Tuason,

the primed ‘76 on the other post that I bought from John Allen (will be put back to its original blue),

and this black ‘77 that I acquired from Mark Hahn (which will be repainted black).

I sold the other red/black ‘76 that is in my profile pic.


I think I’d better stop before the wife kicks me out!

Wow, Dean... congrats! I saw that ad too and just figured it was going to be a stock car. Had I known there were Monte bumpers, I would have tried to snag them! Looks like they're the S2 design too with the rear foglight cutout.

I think the wheel is not Momo (six-bolt pattern), but Formuling maybe? Very neat that it has a Lancia horn button.

Will get in touch about getting together on the parts I need soon, picked up a little cold at the end of my work travels. Really, all of us PNW Scorpion owners need to meet up one of these days.

Agreed on the meet-up. What're the chances of each of us having road-worthy cars at the same time?

Chad C. said:
Agreed on the meet-up. What're the chances of each of us having road-worthy cars at the same time?
Click to expand...

That's what I realized immediately after I suggested it. haha

It'd be hilarious to have everyone meet up by arriving on their old bmx dirt bikes like we did when we were kids...