Still going ahead with the Suzuki head. I'm using the Suzuki conrods and pistons and because the piston height is lower on the Suzuki pistons I will remove less material off the top of a 843 block. With a stock Suzuki piston the capacity will be around 940ccs. My crankshaft has been away getting machined for a few months now! Hopefully I will pick up a bit of stroke increase as well so may do better than 940 in the end.

Picked up my crankshaft from the machine shop this week. Picked up .030 of stroke with the offset and that gives me roughly 930ccs with 65.5mm pistons. 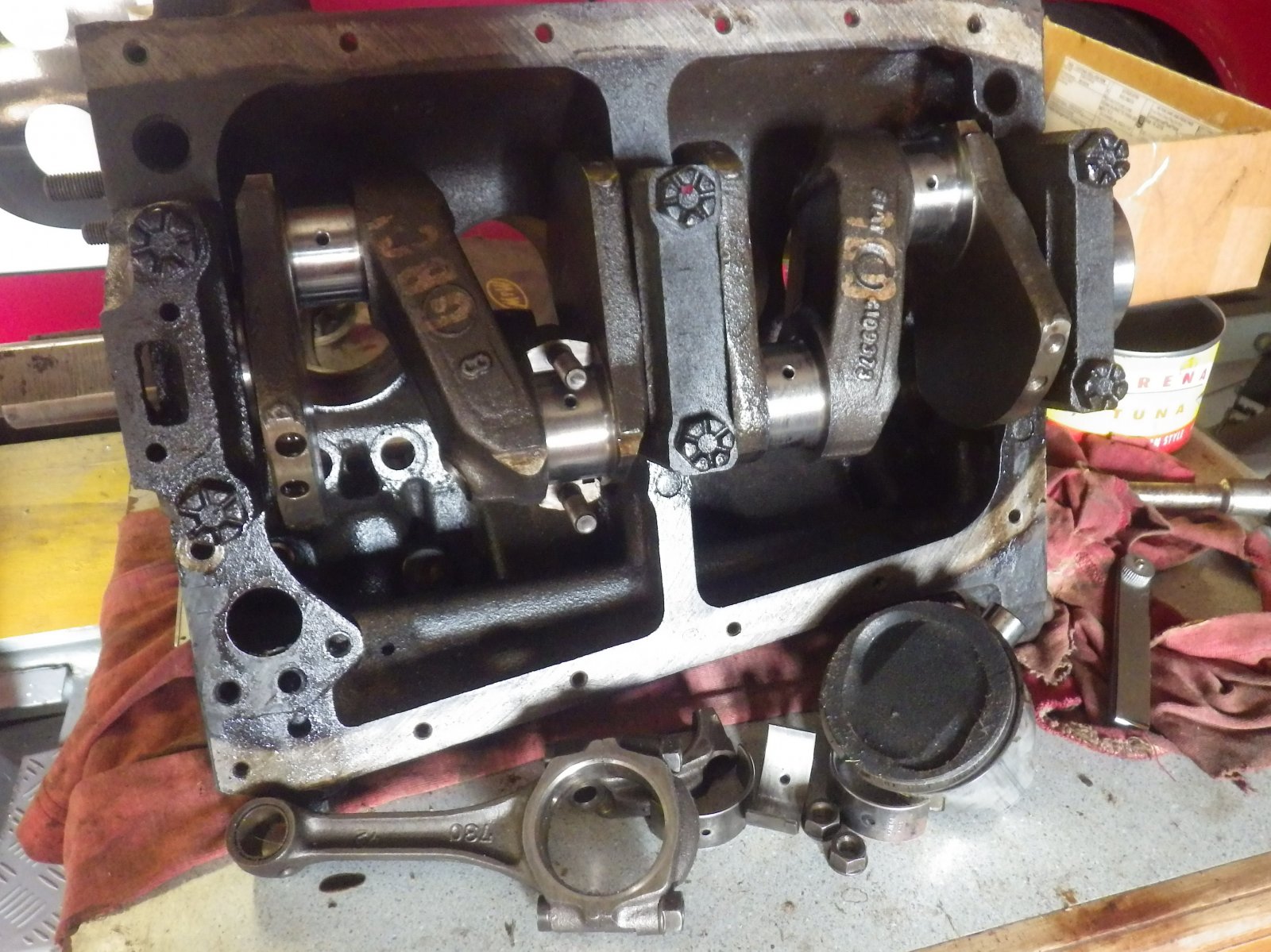 Monday I had a Dyno session to find MBT. I have been suffering from a retarded engine for too long. Local tuner reconned 17 degrees was safe with 10psi of boost. I bumped it up to 22 degrees for the last hillclimb and it came alive. With this tuner, he understands small boosted engines and we did a lot of pulls, increasing the advance a couple of degrees at a time with the power increasing all the time. I reckoned 27 degrees would be the sweet spot but we finished at 30 degrees! Started the day with 22 degrees and this gave 59 RWHP. Finished the day at 30 degrees and 77.5 RWHP. HP is always in the timing! 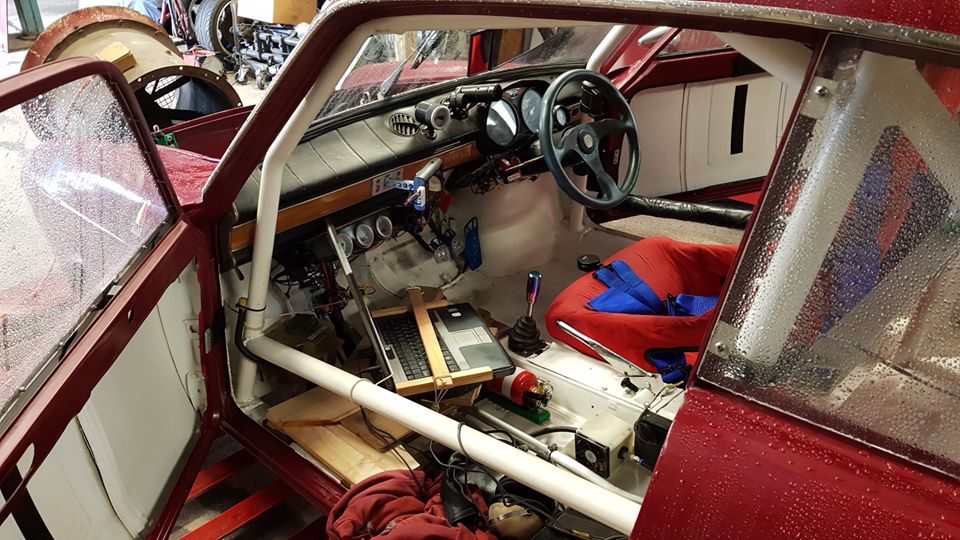 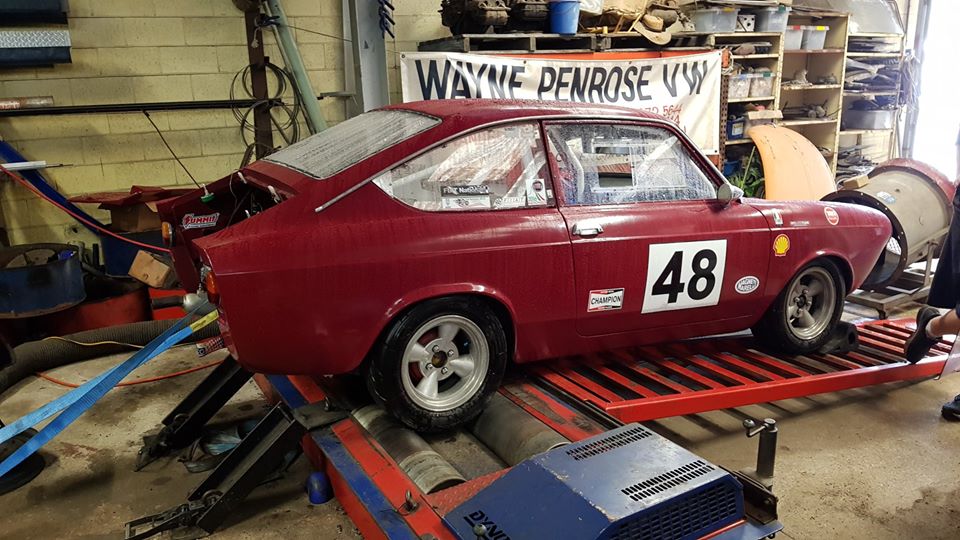 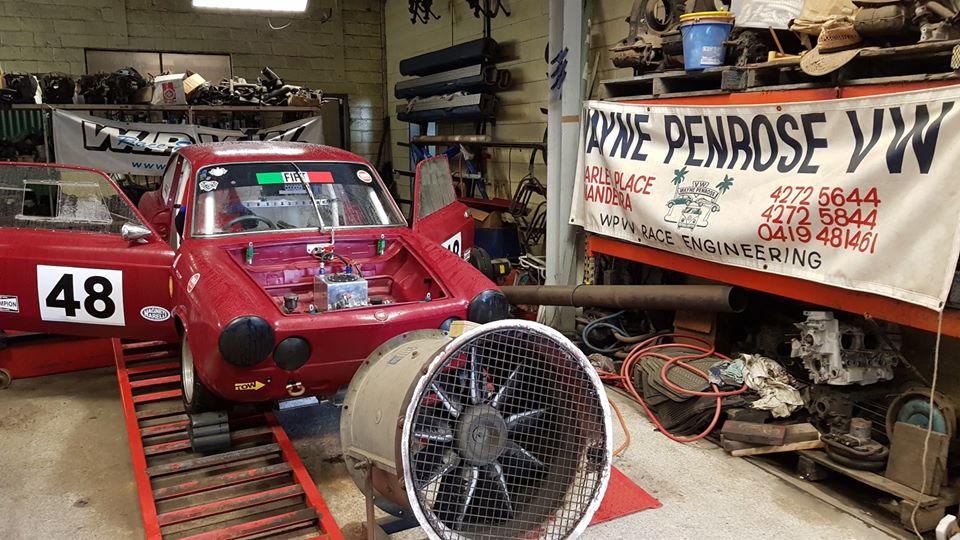 I love this car, nice development and evolution!

Video to match the photos above.

Sounds great Graham, you should certainly notice the hp increase on track. Good luck at the nationals, unfortuneately I won't be there to see it.

GregS said:
Sounds great Graham, you should certainly notice the hp increase on track. Good luck at the nationals, unfortuneately I won't be there to see it.
Click to expand...

Thanks Greg. I checked the entry list and wondered whether you would be there.

After reading the thread on clutch cables and the modification Jeff Stitch mentions I checked one of my videos to see if I could hear the clutch pedal squeak. I knew about the mod previously and when I looked at the bracket it seemed OK. Watching the video though the squeak was very loud and it's easily heard over the engine. The noise inside my car is high, even with a helmet on but the squeak is obvious. I noticed I had not put this video up on Youtube for some reason so I did. It's a bit long and boring but since I can't get out and use the car still I guess I can just bore people instead!

Carried out the clutch pedal lever modification today. I just welded a couple of 8mm nuts to a piece of SS tube about 20mm long. The green bit is a piece of 20mm thick chopping board. 8mm bolt through that and the whole lot is tensioned up nicely. I was going to bolt the plastic bit in place but it's not going anywhere! 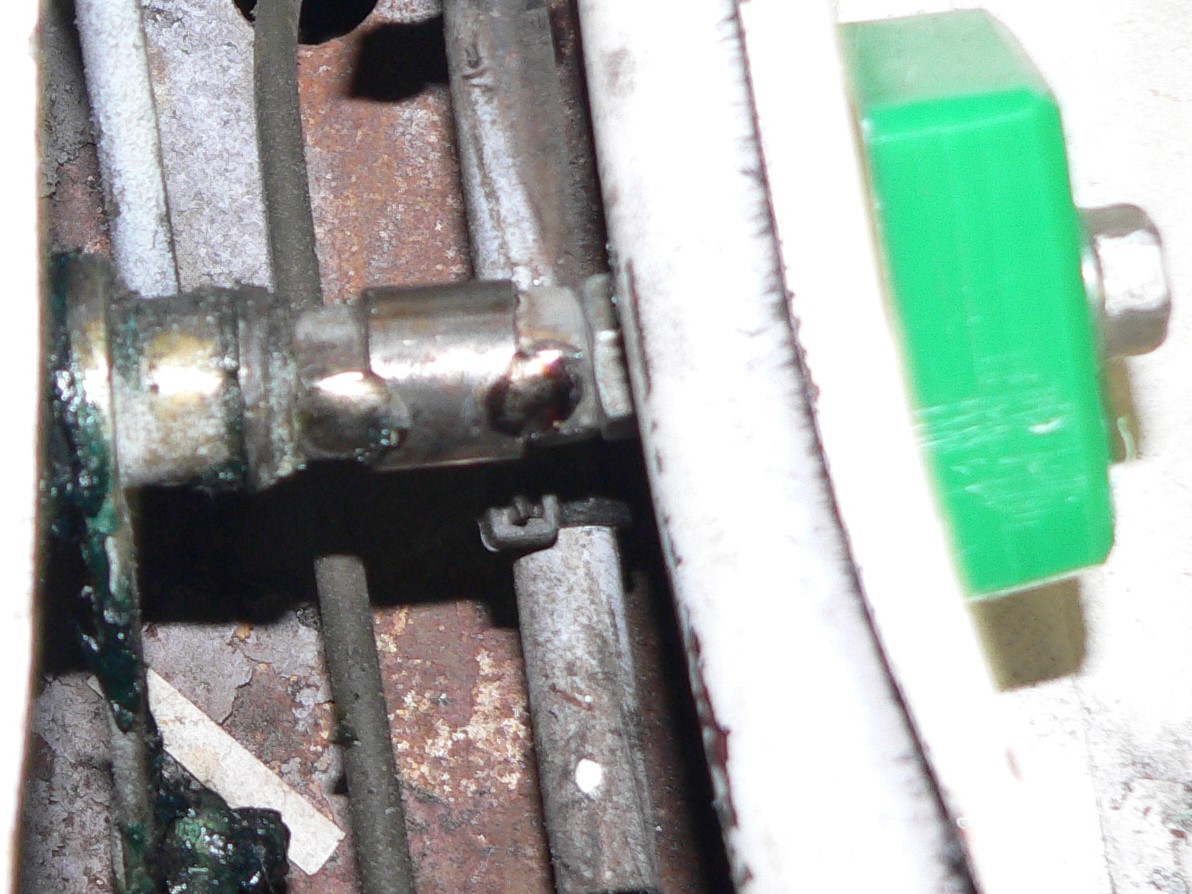 ramona300 said:
Carried out the clutch pedal lever modification today. I just welded a couple of 8mm nuts to a piece of SS tube about 20mm long. The green bit is a piece of 20mm thick chopping board. 8mm bolt through that and the whole lot is tensioned up nicely. I was going to bolt the plastic bit in place but it's not going anywhere!
Click to expand...

Worthwhile mod and not hard to do. It's on my to do list. For anyone else wanting to do this, a standard M8 coupling nut can be used if you don't have a welder. This is a photo from Ian in Oz who just did the mod in his 1300/124 and posted some photos on FB. 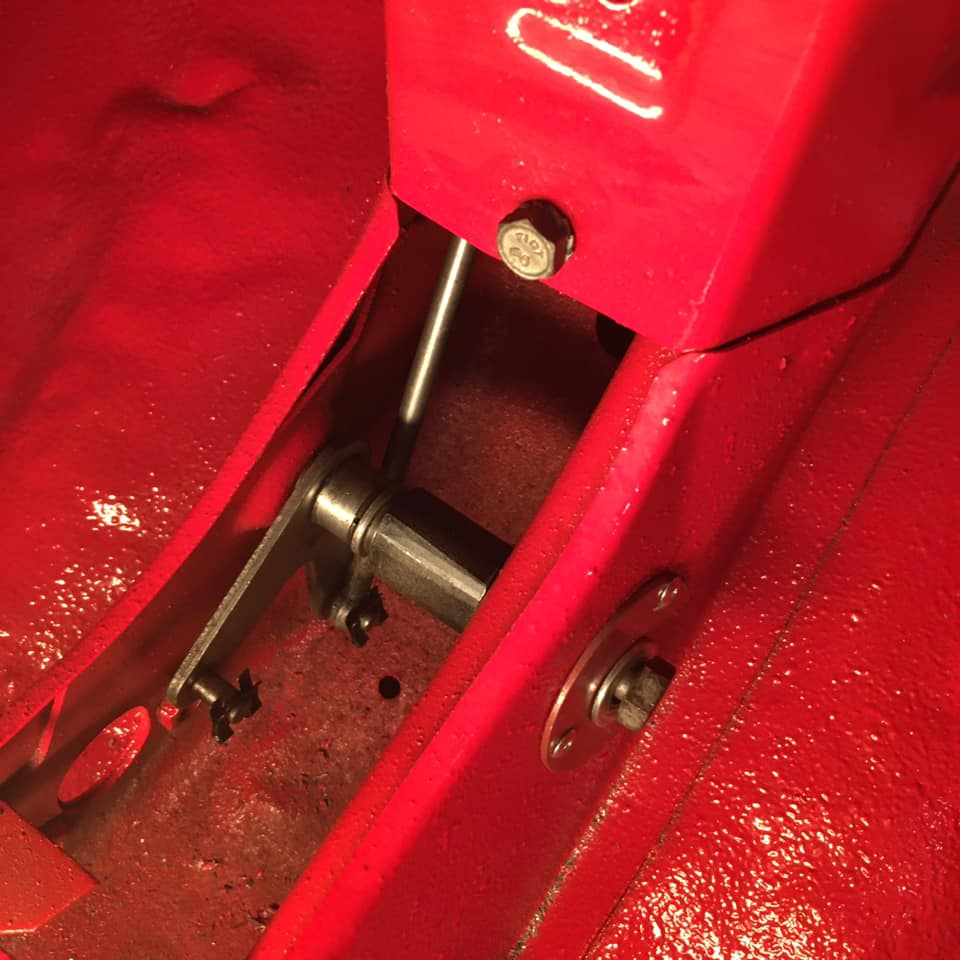 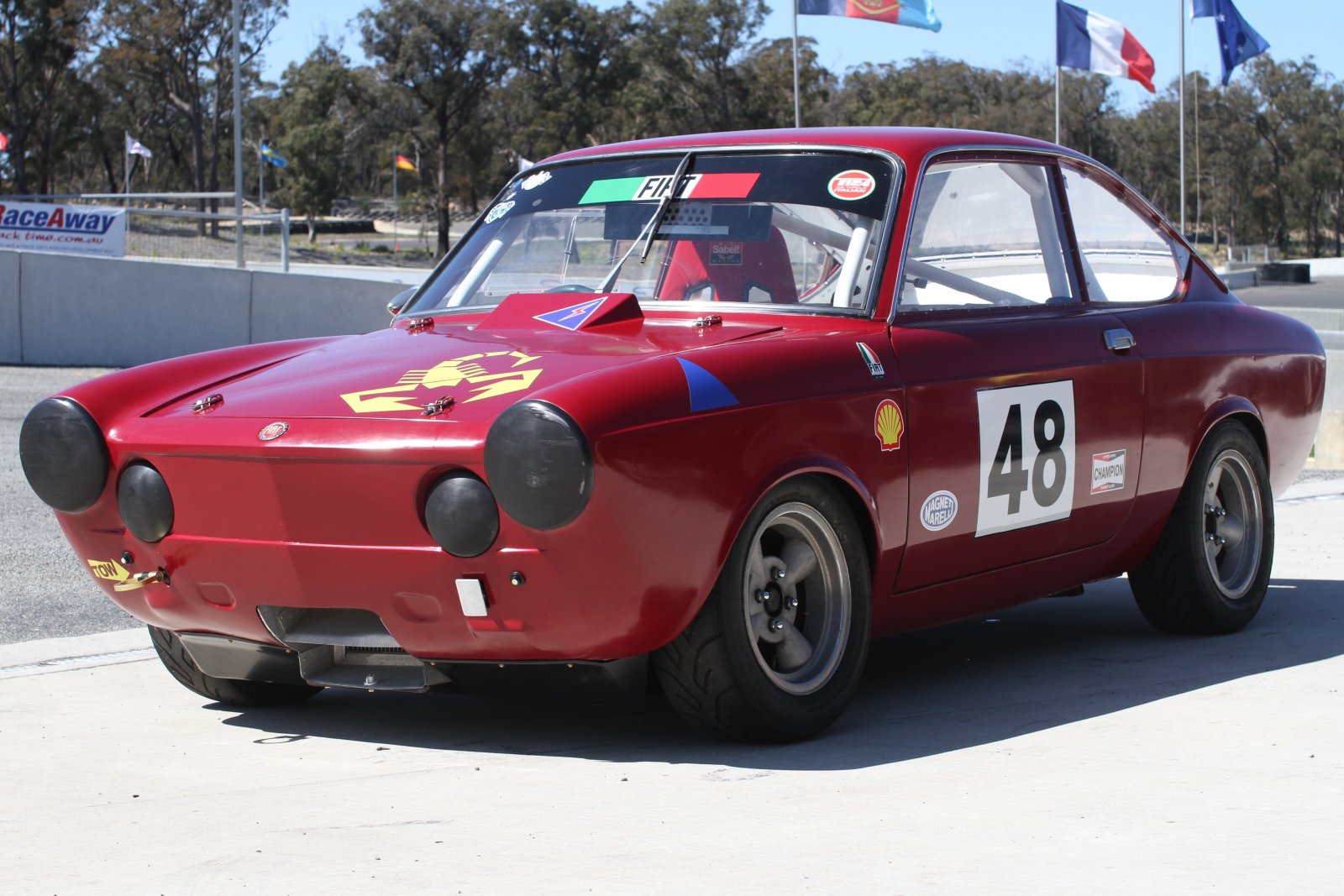 Looking good Graham. How is the car running, did you get any times?
I got onto the track last weekend too, it's good to blow out the cobwebs.

GregS said:
Looking good Graham. How is the car running, did you get any times?
I got onto the track last weekend too, it's good to blow out the cobwebs.
Click to expand...

I did not record any times but timing off my videos shows a 2-second lap improvement. The extra power was noticeable but on such a short circuit it does not really benefit. The front aero add on was having no noticeable improvement but will on a longer circuit. I will go down to Wakefield Park and have a practice day before the next Nationals. The video is from Friday and shows two Raceaway tracktime cars, the MX5 2L 6 speed and a Toyota 86 plus a privately owned Lotus Elise Sprint. The Lotus was miles faster but the other two were roughly 1 second faster.

First hillclimb of the year last Sunday. Still under Covid rules here and no spectators and supposedly one pit crew allowed. Had 4 runs only and each one a personal best. The car ran well up the hill but sitting in the waiting area to come down the engine refused to start after the 3 last runs. Hot day and not much fuel in the tank and I'm presuming the E85 was boiling ahead of the Bosch 044 pump. The pump is way too big and the fuel is circulating through the swirl tank too fast. I have a fuel cooler but need to fit a larger one.

I have been a little busy shifting weight from the rear to the front. The last hillclimb in the video above I had problems with hot fuel which caused problems. Testing at home I found the E85 fuel in the swirl tank quickly rose to 51C. This had never been a problem before and I had a track day at Wakefield Park last month and had no problems all day. I have now shifted the swirl tank and bosch 044 fuel pump to the front and installed a larger fuel cooler under the car. The return fuel is in a larger circuit now and testing at home has shown a drastic drop in the fuel temperature.
1 Swirl tank is in the front left. fuel pump mounted low under the battery.
2 Transmission cooler used as a fuel cooler.
3 Only fuel in the engine bay now is the fuel rail and injectors [yellow] and the fuel regulator.

Was the return fuel dumped into the swirl tank? This is pretty commonly done and would have contributed to your temperature problem due to it being a short circuit in a hot environment.

With the injection pump you have now is there any need for the swirl tank?

If you do need the swirl tank, personally I would rather not have it at the extreme front corner of the car, I would rather it was back next to the fuel tank itself deeper into the structure of the car. Double clamps on all fuel hoses with more overlap would be more desirable As the filter looks like the hose goes just a short distance down the metal pipes with single clamps on all connections seen.

Not suggesting you will have a shunt or off but things do happen.

There are only single hose clamps. On items with raised lips, there is no problem. Hoses onto copper the copper generally goes about 75mm into the hose. The return line goes into the swirl tank and the fuel then runs from the top of the swirl tank back into the main tank. Measuring the temperature of the fuel returning from the swirl tank is much cooler now. On the track with air passing through the cooler I'm expecting it to be cooler again. The front of the car is the only place the swirl tank would fit. Also the weight of the pump and tank adds weight to the LHS to balance my weight a bit. I've tried to put all the odd bits of weight on the left side. The ECU shuts off the fuel if there is a prang!