So I always had planned on doing a 'proper' posting for my k20/restomod build but even tho my day job is in the software industry, I just never seem to find the time to do it right. My plan was to follow Rodger's previous advice on posting and do proper postings. I think at this point I need to face the facts: that ain't ever gonna happen.

Instead, I'm just gonna post some semi-random stuff when I can and share what I'm doing, why I'm doing it and some lame photos.

For some background, I got my first exxe sometime in 1990 - a 1976 Mediterranean Blue 1300 that had a bad 1300 that blew all kinds of smoke. I already had a 1977 VW Rabbit that I'd done a bunch of work to (on a limited budget) and auto-crossed it. At one autocross in a Boeing parking-lot in Renton WA I saw my first X1/9... wow - what a revelation. I ended up swapping the bad carb'd engined with an FI 1500 and drove that X all thru college and a bit beyond. It had the usual rust I see everywhere on this forum: around the windshield and probably other places. When I'd park it at the college, I'd get back in and there'd be a puddle of water on the floorpans. It was very irritating, but I diverge...

This particular thread is all about my stupid fascination with strengthening the X1/9 chassis. That first '76 X I bought was good but I could always "feel" some flex in the chassis. Note that the exxe is very good for a convertible, but not as tight as even my 300 lb lighter Rabbit.

So today I'm doing a ridiculous k20 build, bare-frame-on-a-rotisserie restomod. I spend a lot of time in the garage with the car looking at it from a POV that gives one a very good understanding and appreciation of the chassis. This post is just to point out the stuff I've done so far.

* rebuilding the lower tunnel (aka coolant-tube cover) with stronger and serviceable materials
* replace the coolant-tubes with .065" SS tubes and make them structural and removable
* seam-weld up the center tunnel
* extend the front tunnel box section all the way to the front 'firewall'
* replace the spare-tire cover with an aluminum structural cover

Glad to see you sharing some of your nice fabrication skills at last. I hope to see more as the build continues.

Wow, Some great work there. Gives me inspiration to raise my game on my resto. Thanks for Posting!

I like what you did with the cooling pipe box (actually I like everything you did). I run an open box on my Bertone but if I had had a rotisserie I think I would have gotten creative like you did... I'm just not interested in doing major box work with the car on jackstands and me on my back.

Awesome! I wish I had your fabricating skills.

Beautiful work. I am jealous.

A note on chassis stiffening. I have caged a few X1/9s and built one that was mostly a full tube chassis inside the X1/9 bodywork.

For the tube car I cut open the rocker panel and inserted a length of 4" DOM tubing the length of the rocker. I stitch welded the pipe to the rocker panel on the back side then rewelded the outer rocker panel in place. Those two pieces of tubing formed the main chassis rails for the cage/chassis to tie into. It worked really well. I have always wanted to do this on a street car to stiffen the chassis' torsional structure and retain the open top without a cage or roll bar.

A note on chassis stiffening. I have caged a few X1/9s and built one that was mostly a full tube chassis inside the X1/9 bodywork.

For the tube car I cut open the rocker panel and inserted a length of 4" DOM tubing the length of the rocker. I stitch welded the pipe to the rocker panel on the back side then rewelded the outer rocker panel in place. Those two pieces of tubing formed the main chassis rails for the cage/chassis to tie into. It worked really well. I have always wanted to do this on a street car to stiffen the chassis' torsional structure and retain the open top without a cage or roll bar.
Click to expand...

Do you have pictures of this car and modifications?

Nice work there Darin. Your investment in your chassis should pay some nice dividends in performance as you triple the power with your swap. I don't consider this overkill as I am going to be adding similar strength to my project as well.

Steve, thanks for the idea for the rocker reinforcement. I am going into them and some extra strength might be in the cards even though my car isn't an open top.

AKimball92 said:
Do you have pictures of this car and modifications?
Click to expand...

Sadly, probably not. This was a very cool car, built has a hill climb special and predates digital photography. I might have a few in an old album somewhere but I'll have to dig them up if I do. I know the build wasn't documented with photos. It was a nearly spontaneous build. A good friend bought the chassis and wanted to put a cage in it to hillclimb. I suggested a few "mods" to lighten the chassis since it would have a cage and before you know it the plasma cutter was getting a workout.

I basically cut away the floors and all of the bulkheads and replace that with a simple tube structure that incorporated a cage. A flat sheetmetal floor replaced the bellypans and aluminum panels replaced the bulkheads. The original suspension mounting points were retained as were the motor mounts and major chassis structures. The car was very stiff, if not actually overbuilt but came in at about 1400 lbs race ready.

The big tubes in the rockers were intended to protect the driver in the event of an off. In hill climbing the biggest danger is going into the trees sideways at speed. The big tube, coupled with traditional door bars, would help decrease intrusion.

The car met a sad ending. My friend was diagnosed with cancer not long after the car was completed and he only ran it a single season. It was parked, outside under a tarp, while the owner was in recovery. Unfortunately, his health never fully recovered and the car languished until his death several years later from a relapse. By then it was in very sad shape and his family simply sent it to the crusher.

Perhaps a removable X brace where the top mounts, for use when doing track days, etc.

Dr.Jeff said:
Perhaps a removable X brace where the top mounts, for use when doing track days, etc.
Click to expand...

My old race X had a mostly removable cage. The hoop behind the driver was permanent, and everything forward of there could be unbolted and taken out. It passed SCCA tech inspection for an ITC car back in the 90's. No clue if it would still pass.

I'm on my phone at the moment so not easy to find the pics, but I was reminded of the X brace over the engine bay on the convertible Lambo. That was the inspiration for the removable roof brace idea. But I like the removable cage even more.

Darin, I'm glad that you are posting details and photos on your work. We've coaxed you to share a pic here and there but always wanted more on your excellent development work. Please share as much as possible. Thanks

Going back to what I was suggesting earlier for a roof brace, here is something like the idea. Make it with the same attachments as the stock top for easy placement/removal. 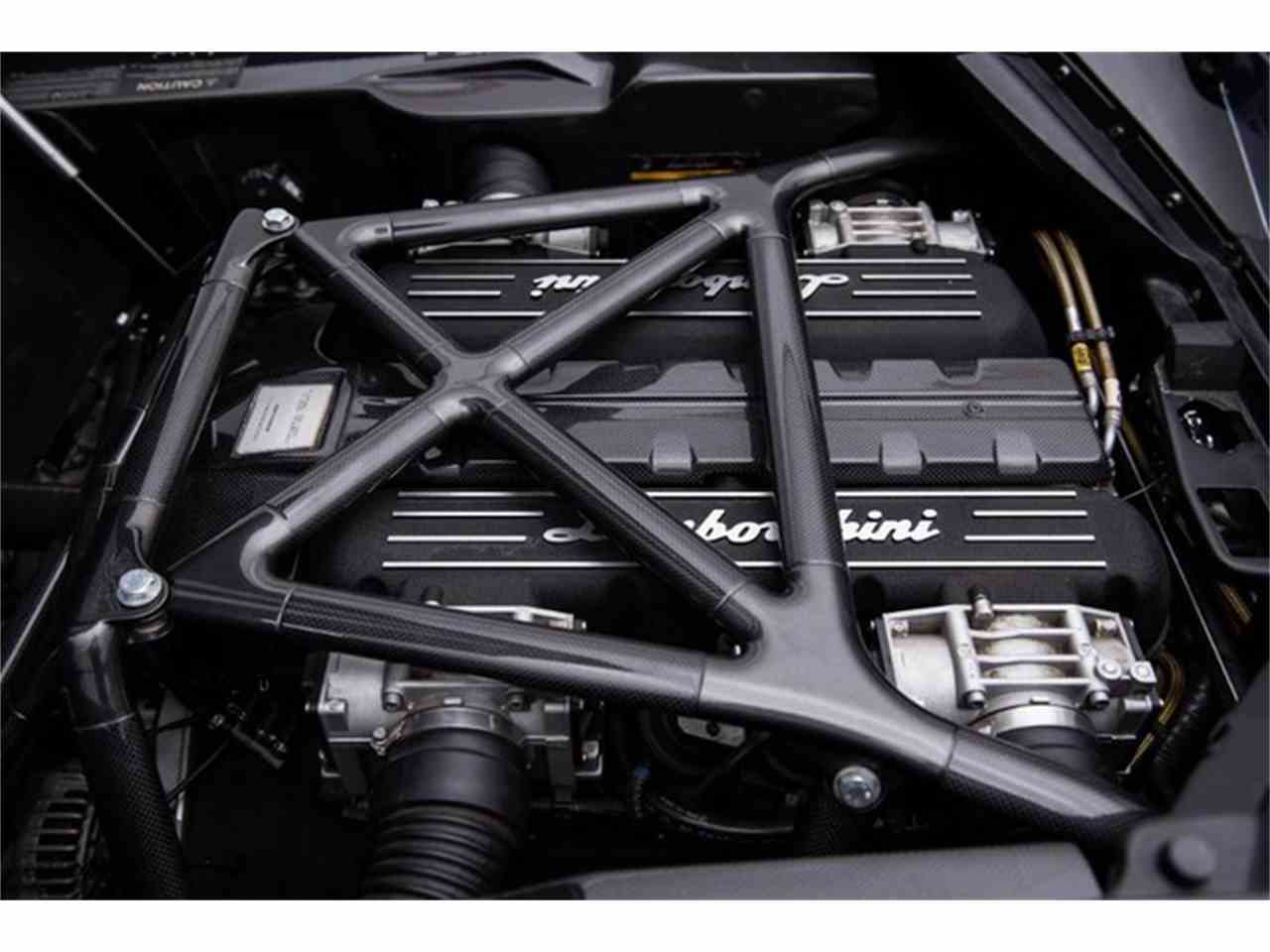 I spent a lot of time looking at the front-top of the tunnel where it attaches to the bulkhead as probably the primary weak point of the chassis - certainly the center tunnel.

See, if it's not a box, then it isn't really doing much. The center-console braces running up provide some torsional rigidity as they're attached to the center tunnel where it's still a full box and connected to a very strong cross member just under the dash, which itself is connected the strong verticals in front of the doors and a large box section running from your strut towers thru the bulkhead and into the dash. On the early models, they were narrow. On the later ones I've noticed they're quite a bit wider at the top where they connect to the dash frame so maybe Bertone fixed it that way. Here's mine and then Rodgers' (cuz I found a picture of a naked car)

To convince myself, I found a longish rectangular box and checked for torsion (twist). Pretty strong. Next, cut out the end of a section like the exxe has and - WOW. twisted like crazy. Noticing that the top panel wants to put lateral force at where it would otherwise be attached to the front bulkhead, of course one thinks "weld it up" since I have a welder. Problem is that you wouldn't be able to ever remove your wiring harness, heater tubes, get to your throttle cable connection etc. It is nice having that area and you can get to it without taking the carpet out. So instead I thought about adding a bolted cover to the tunnel and tried it with the cardboard box.

That worked really well. So I cut the cover out of some cold rolled sheetmetal and added a short lateral section to bolt to the front with (welded to the car) - here's a photo but it's not in focus.

Where it attaches to the solid part of the tunnel a bit further back, just 4 flat-top bevel style bolts (to hold it from sliding) and weld-nuts attached to the tunnel.

I did try take a video to try and demonstrate it but it didn't work out as I don't have a tripod and had to hold the camera. It's pretty easy to do yourself with a cardboard box and a knife tho.

I sure wish I had a jig to test chassis deflection so I could see how much it helps (didn't I see a post here of someone doing just that?). If it helped a lot, it'd be a super easy mod to any exxe without taking much off: just the cover under the heater, pull back the carpet a bit bolt it on with rivnuts. Just need someone to make a kit! (not me).

It makes sense to fill an open section of a structural box. Stitch welding the seams on a unibody, to complete their joints, has been shown to improve chassis rigidity/stiffness. And this is the same principle, completing the structure.

Dr.Jeff said:
Going back to what I was suggesting earlier for a roof brace, here is something like the idea. Make it with the same attachments as the stock top for easy placement/removal.
Click to expand...